Table water producers in Aba, the commercial hub of Abia state, have effective from May,26 2022, decided to withdraw their products and services, citing alleged unwholesome activities of a plethora of government revenue collectors and touts as major reason.

The umbrella body of the producers of the popular Sachet water brand, said its decision to withdraw it’s services and products is a last resort to protect their businesses​ from a total collapse, going by the excruciating and extremely difficult situation that they have found themselves owing to the activities of some people who are masquerading as government Revenue collection agents and uncountable touts. 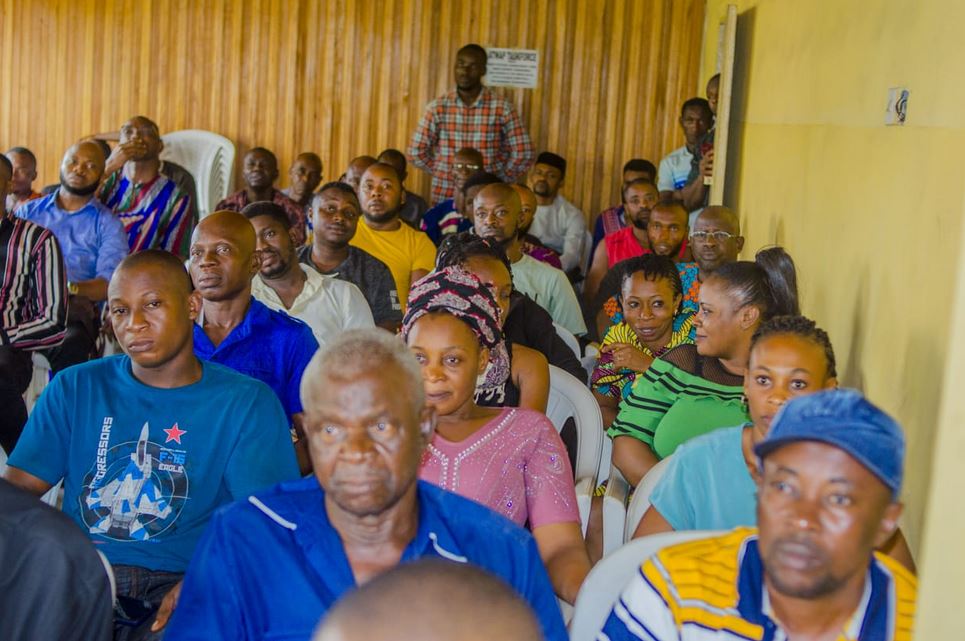 Hon. Ejikeme.Uzoma, their Chairman who ,made this known at an interactive session with the press after an emergency meeting of the union, said the decision to withdraw their products and services will remain in force, until the situation that necessitated their strike action is adequately addressed.

I Am Christ, I Have Returned To The World – Aba Based…

ABIA: How Gunmen Attacked Soldiers In Aba | READ IN FULL

According to him, the regime of multiple taxation, harassment of their members by all manners of touts, constant seizure of the operational vehicles of their members by those posing as government Revenue collectors and touts, coupled with the already harsh business environment they have been operating under,are threatening to force them out of business , hence their resolve to alert the people, and authorities of the state on their predicament.

Hon. Ejikeme further noted that,if nothing is done urgently to address the issues at hand, it will not be long before his members will close shop.” Let me state here clearly that ABA has become a kind of dumping ground for all manners of touts . These touts , go about harassing and intimidating our members on daily basis under the guise of collecting one type of revenue or the other. On daily basis, the operational vehicles of our members are Impounded for no just reason.

The immediate cause of our strike action now is the decision by the Abia state Signage and Advertising Agency ABSAA to levy our members a yearly rent of One hundred thousand naira (#100,000)as against the normal #10,000,.We have been paying. By virtue of the Abia state Revenue Harmonization law of 2020, we have been paying ten thousand naira.But all of a sudden ,we received a letter from ABSAA that we should be paying one hundred thousand naira. And when we queried the decision, they said we should pay fifty thousand naira. The question is ,how many of our members are having up to fifty thousand naira as their over all capital?. Besides that ,and despite the existence of the Abia state harmonized Revenue Law.,we are harassed and intimidated by touts to pay all manners of taxes. Now the situation has reached a chocking point, that we can no longer tolerate it. That is why we are embarking on this strike action,to draw attention to our plight.” Hon. Uzoma stated

He there fore called on the state government, and the Governor Dr Okezie Ikpeazu to urgently come to their aid before , the ABA table water producers are completely driven out business.” Our members are of the firm belief that the governor is not aware of the activities of these touts and all the illegal revenue collectors. We believe that it was the Governor’s honest intentions to control this ugly situation within the state Revenue collection system that goaded him into signing the state Revenue Harmonization law in 2020. So we are calling on him to come to our rescue now,to save our businesses from collapse,as well as save several thousands of jobs which our members generate .”……


Mark 11 vs 22- 24: And Jesus answered them, "Have faith in God. Truly, I say unto you, whoever says to this mountain, "Be taken up and thrown into the sea, and does not doubt in his heart, but believers that what he says will come to pass, it will be done for him. Therefore, I tell you, whatever you ask in prayer, believe that you have received it and it will be yours
Abataxtoutswater
0
Share

I Am Christ, I Have Returned To The World – Aba Based Prophet | WATCH VIDEO

ABIA: How Gunmen Attacked Soldiers In Aba | READ IN FULL