Business mogul and entrepreneur, Elon Musk has posted a cryptic message on Twitter.

“If I die under mysterious circumstances, it’s been nice knowin ya”, he tweeted Monday morning.

The post has garnered thousands of comments and nearly one million likes, with followers expressing concern.

The Tesla founder was full of life when he attended the Met Gala last week.

Musk recently bought Twitter for $44 billion and is expected to serve as a temporary CEO for a few months.

The 50-year old billionaire has been giving insight into what the social media platform under him will be like.

“Twitter will always be free for casual users, but maybe a slight cost for commercial/government users”, he said. 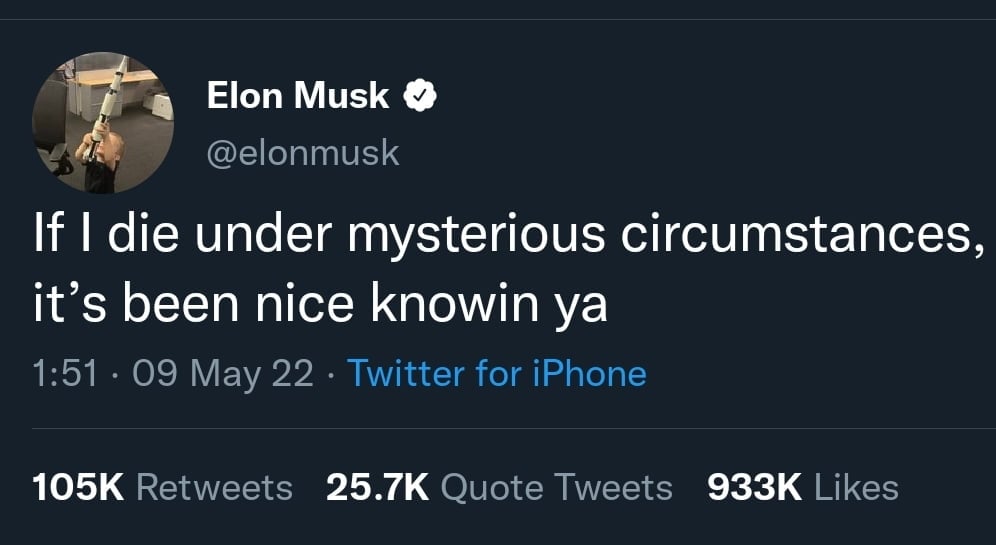