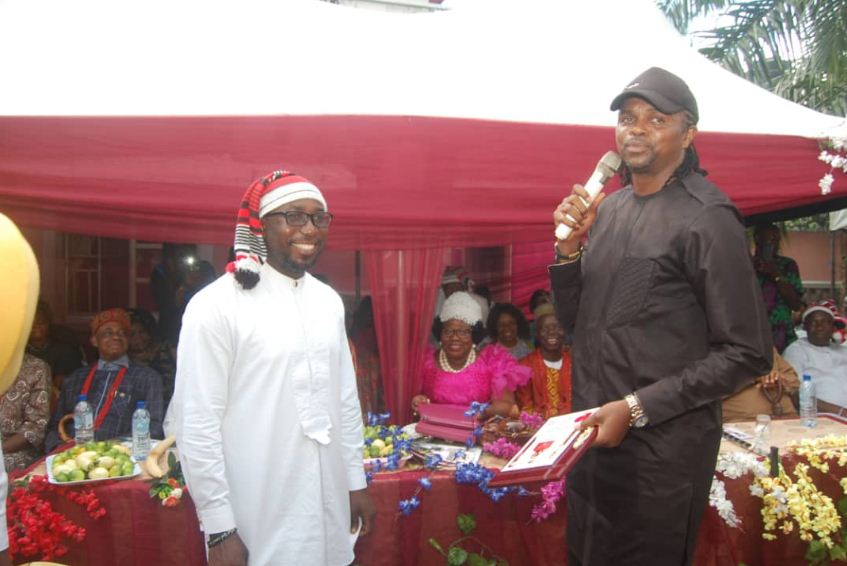 In his remarks, the Paramount Ruler of Okaiuga Alike Autonomous Community, His Royal Majesty Eze Innocent Nwaigwe Adiele said that the Eze-In-Council decided to honour Nnaji Obed Asiegbu with the Royal Award in recognition of his community services in Ohuhu clan. 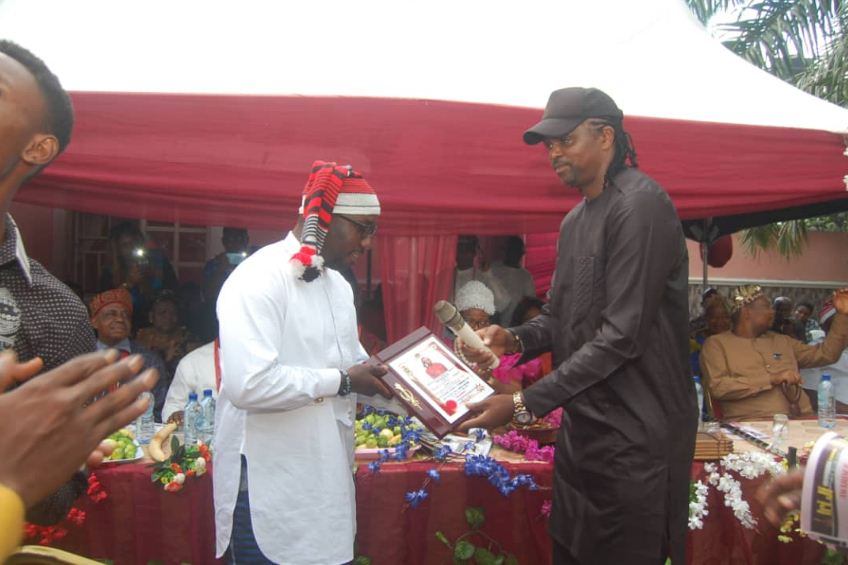 Continuing, His Majesty beckoned on Super Eagles and Arsenal legend, Kanu Nwankwo (Papilo) who was also present at the event to do the award presentation ceremony to Obedient Obed.

Presenting the Award to Nnaji Obed Asiegbu, Papilo said he is observant of the fact that the Awardee has shown a lot of capacity that really got him ripe enough to be considered for the honour by the community. 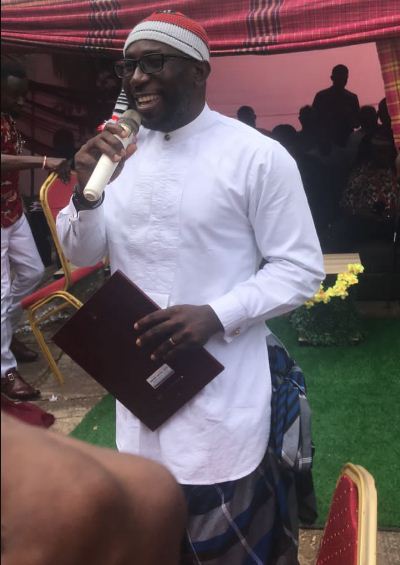 The former Eagles Captain entreated him to sustain the gestures that earned him the recognition, encouraging him not to relent but to do more rather, while asking God to strengthen him.

The Atlanta 96 Dream Captain encouraged others to emulate the good gesture in order to make the society a better place. 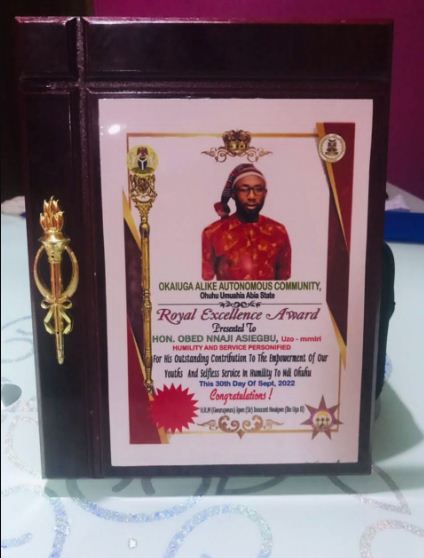 Speaking after receiving the award, Hon Nnaji Obed Asiegbu said he was overwhelmed with the recognition and support from the Ekeokwuru community, pledging to key in to the developmental efforts of some prominent sons of the community.

Nnaji reiterated his maximum regard for the Ekeokwuru community while asking God to bless them.

Colonel Akobundu, a PDP candidate for the Abia Central Senatorial District and a Former House of Assembly Member, Umuahia North State Constituency and Educational Secretary, Umuahia North Local Council, Hon Clement Onyeoziri and Nnaji Obed Asiegbu were amongst the honoured at the event which featured the rich cultural display of the Ohuhu people.

It is worthy to note that this is not the first award Nnaji Obed, popularly known as Obedient Obed has received from his Constituency having won the hearts of many, both young and old.

One of the Excellency awards received by Obedient was in recognition of his role in molding the lives of the younger generation of the Youth Fellowship of St. John’s Methodist Church, Amafor Isingwu.

Honourable Obed was also honoured with the Community and Church Service awards in recognition of his selfless services to the Church and humanity by
The Youth Fellowship of John Wesley Methodist Church Okpala Isingwu.

@62: Nigeria Remains A Force To Reckon With In The Comity Of Nations – Gbajabiamila