This is not the best of times for Chairman Abia State Internal Revenue Services Chairman Mr Celestine Agbara.

Recall that just a few days ago, a security personnel attached to Abia State Internal Revenue Taskforce allegedly shot and killed An Abian at Timber Market while on revenue enforcement.

This time he is been accused of Extortion Conspiracy and obstruction of justice by another Abian Engr. Kalu Prince Onuoha.

In a petition sent to The AIG Zone 9 Police Command,  Engr Onuoha accused Abia internal Revenue Boss of illegally terminating his contract with AIRS after he had paid in a whopping sum of Twenty Two Million Naira into Government designated account.

According to Engr. Onuoha, in 2019 Abia Internal revenue service gave out the emblem job for Two Million Naira and in 2020 it was given out for same amount.

He further accused the Abia Internal revenue Boss of conniving and conspiring with another agent one Mr Celestine Afam from Anambra State to rid him off the job by leveling and unfounded and false allegations of forgery against him, using the said Celestine Afam and his criminal gang to harass innocent Abians.

He further accused Mr Celestine Agbara of extortion as he had continued to harass innocent motorists who legally obtained the AIRS emblems for which the money has been remitted into Government accounts.

When contacted, Engr Onuoha’s sales and enforcement leader in Aba, Dr.Sir Stephen Ukpai confirmed the Allegations against Mr Celestine Agbara & Mr Celestine Afam of Anambra state,and as well presented another Petition which he personally signed against the duo bothering on threat to life, Cultism, Corruption and action capable to cause breach of Peace in the state.

We made several attempts to reach Abia Internal Revenue Boss but he never picked nor returned his calls.

ALL FACTS NEWSPAPER will be digging deeper into this AIRS transaction as more information gathered reveals that some strong forces are behind D’Samaritan Exquisite Multiple Services Ltd. More details coming in our exclusive hard copy version next week. 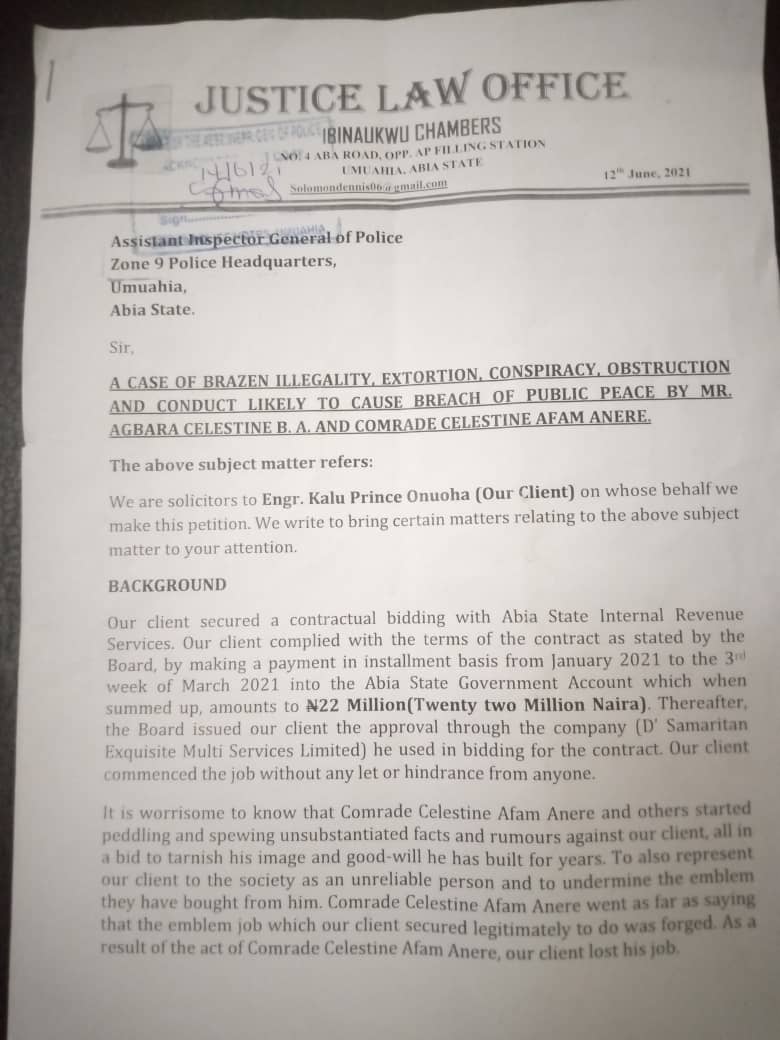 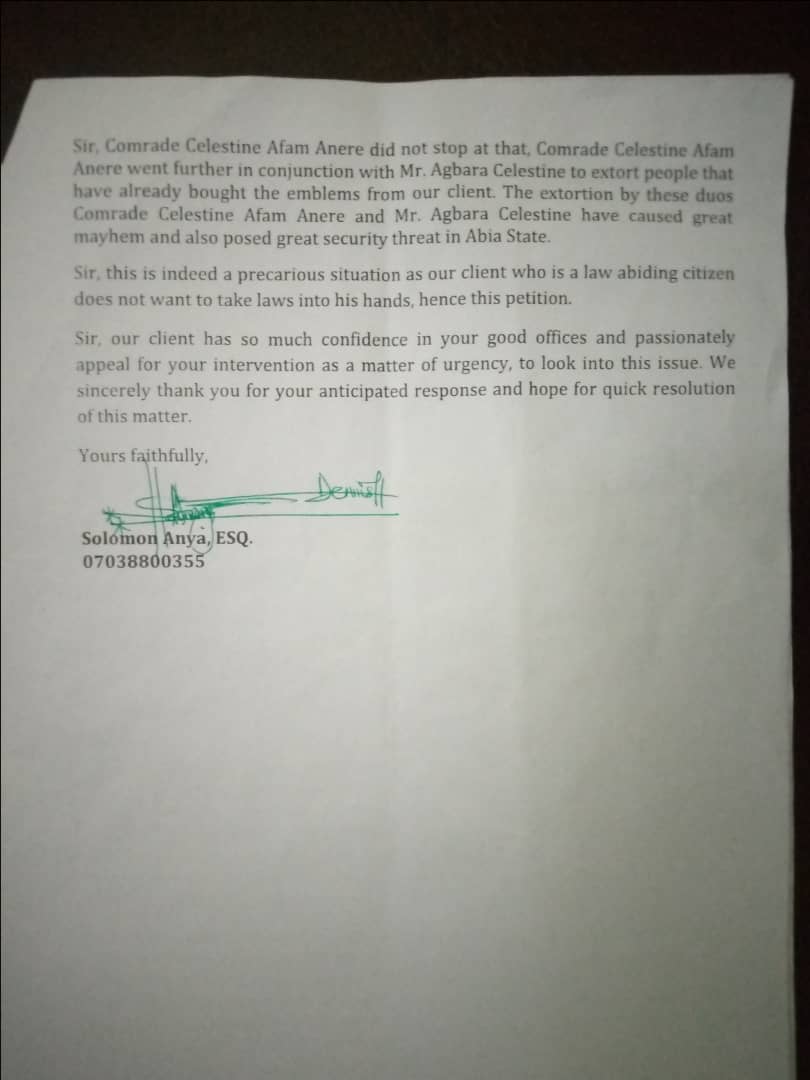