At least four persons have been confirmed dead from the Tuesday expl0sion that hit Winners Secondary school along Aba Road in Sabon Gari area of Fagge Local Government, Kano State.

The expl0sion affected parts of the private school building and a residential building.

Some injured school children have been rescued and are receiving medical attention while the search for trapped victims is still on by operatives of the National Emergency Management Agency and Fire service.

According to the Kano state government, the expl0sion did not occur in the school, rather at an animal feed store opposite the school. 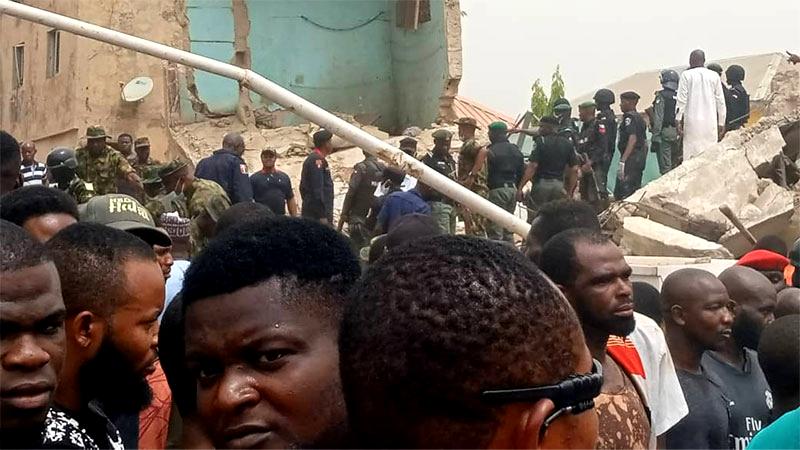 Clarifying reports, the state Commissioner for Information, Muhammad Garba, said investigation has since commenced to determine the cause, impact and measures to be taken.

Garba called on the people in the state, particularly those living in the area where the incident occurred, to remain calm while the government in collaboration with relevant agencies are working on the matter.

The commissioner assured residents that government would keep the public abreast of any development.

On the other hand, an eyewitness told Vanguard that they saw when a male suici-de b0mber detonated an expl0sive on the street and the expl0sion affected the building adjacent to the school.


Mark 11 vs 22- 24: And Jesus answered them, "Have faith in God. Truly, I say unto you, whoever says to this mountain, "Be taken up and thrown into the sea, and does not doubt in his heart, but believers that what he says will come to pass, it will be done for him. Therefore, I tell you, whatever you ask in prayer, believe that you have received it and it will be yours
Kano explosionWinners Secondary school
0
Share

2023 Presidency: We Are No Longer Mu-Mu They Used To Deceive, We Are Now Wiser– Sen Orji Kalu