A support group, has purchased the N100 million All Progressive Congress (APC), Nomination and Expression of Interest Forms for Vice President Yemi Osinbajo.

According to a statement by Osinbajo’s aide, Laolu Akande on Thursday, the Osinbajo Support Group across the county raised fund for the forms while representatives of the group picked the form on his behalf. 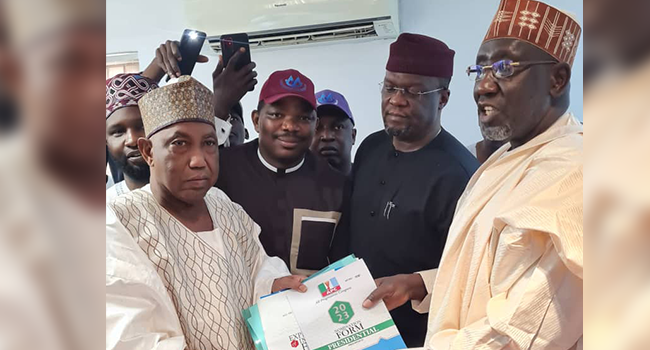 “A passionate team of support groups and individual Nigerians from across the country have raised funds to support the purchase of APC nomination forms for the Vice President’s 2023 presidential bid.

Why We Sold Presidential Forms To Over 20 Aspirants – APC…

“Today, the forms are being collected by representatives of the team, just as the VP continues his interactions with APC stakeholders across the States. Today, VP Osinbajo is in Cross River and Bayelsa States.”

With the purchase of the forms, Osinbajo has joined the long list of APC Presidential aspirants;


Mark 11 vs 22- 24: And Jesus answered them, "Have faith in God. Truly, I say unto you, whoever says to this mountain, "Be taken up and thrown into the sea, and does not doubt in his heart, but believers that what he says will come to pass, it will be done for him. Therefore, I tell you, whatever you ask in prayer, believe that you have received it and it will be yours
APC Presidential formsOsinbajo support groupyemi osinbajo
0
Share