Two lawmakers in Zamfara State House of Assembly, have been suspended for their alleged involvement with banditry. 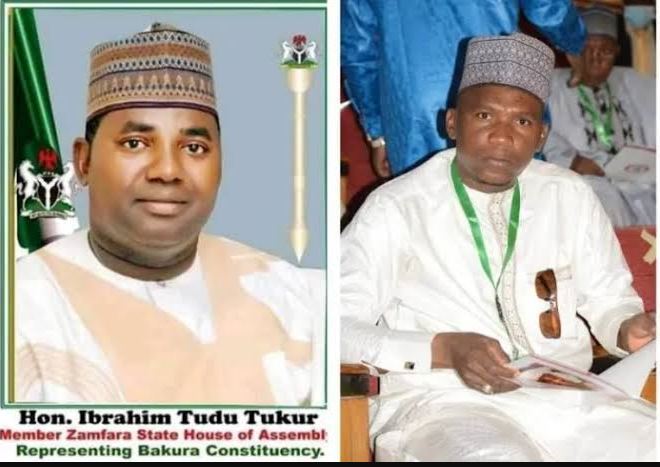 Leading the debate, the member representing Maru North, Yusuf Kanoma called for the suspension and investigation of the duo.

H0T: FG Taking Part In A Conspiracy Of Silence Over Banditry…

BANDITRY: The Bandits We Met Have Stopped Kidnapping – Gumi…

One of the accused allegedly celebrated when he learnt that the speaker’s father was kidnapped while the other allegedly gave out information to bandits which resulted to the death of a lawmaker, Muhammad Ahmad.

“One of them is suspected to have supplied information to bandits leading to the death of one of our lawmakers, Muhammad Ahmad, representing Shinkafi Constituency, who was killed on his way to Kano few months ago.

“The other was seen rejoicing after the kidnap of our Speaker’s father, who died in bandits captivity,” Kanoma said.

He also stressed on the need for security agencies to track the accused’ phones to listen to their conversations.

In addition, the Majority Leader, Alhaji Faruku Dosara, said the allegations must be treated seriously while calling for a thorough investigation. He suggested that the House should mandate one of its committees to investigate the matter and report back.

The speaker, Nasiru Magarya, announced the suspension of the lawmakers, ordering the House Committee on Ethics and Privileges to fully investigate the allegations and report its findings in the next 3 months.

H0T: FG Taking Part In A Conspiracy Of Silence Over Banditry -SOKAPU