Management of the Kwara State Polytechnic (Kwara Poly) has reacted to a controversy trailing non mobilization of one of their students for the National Youth Service Corps (NYSC).

A 25-year-old accountancy graduate, had lamented that the school mobilized another person using her NYSC details. READ HERE 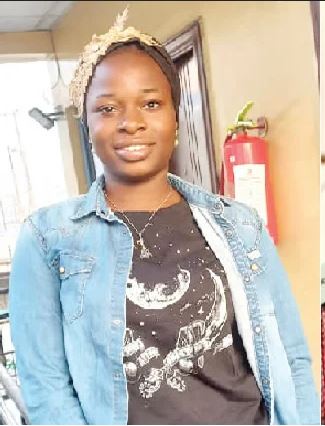 Reacting to the report in a statement on Monday, Kwara Poly explained that the affected students portal was hacked to prevent her from partaking in the mandatory one year NYSC scheme.

According to the statement signed by the institution’s spokesman, Yunus Abdulkadir, the imposter identified as Akinola Ojuwapelumi Grace,  who hacked into the portal, is not a student of Kwara Polytechnic.

Kwara Poly Used My Details To Mobilize Another Person For…

“The attention of the Kwara State Polytechnic has been drawn to the above caption, ‘Graduate stranded as Kwara poly, NYSC mobilise impostor for service,’ in one of the Nigerian dallies where the portal of one of our graduands, Akinola Rukayat Atinuke, was hacked/infiltrated to prevent her from performing the mandatory national service

“The impostor, Akinola Ojuwapelumi Grace, who hacked the portal of our ex-student was never a student of the Kwara State Polytechnic and was not mobilised originally by the polytechnic. Since the NYSC registration for mobilisation is online, the hacker capitalised on it to infiltrate the NYSC portal and changed the details of our ex-student.

“Immediately the ex-student, Akinola Rukayat Atinuke, lodged the complaint that someone else had used her portal for mobilisation and currently serving in Oyo State, the polytechnic authority contacted the Director-General of the NYSC, intimating him of the infiltration of the NYSC portal and the Director-General of the NYSC swung into action and directed the NYSC Coordinator of Oyo State to dekit the impostor, Akinola Oluwapelumi Grace and hand her over to the police for investigation and prosecution.”

“Similarly, the authority of the polytechnic has craved the indulgence of the Director-General of the NYSC to remobilise Akinola Rukayat Atinuke and correct the anomaly that occurred to her portal”.

The Director, Press and Public Relations, NYSC, Eddy Megwa, told PUNCH that Akinola would be mobilised for service with the next batch, adding that DSS operatives were on the trail of the fleeing impostor.

She said, “The girl who faked being a normal student was discovered and the school wrote to NYSC that she took the bona fide student’s matric number to register, which is a criminal offence. So, they (school) wrote to NYSC and we dekitted and blocked her from the NYSC platform.

“She (impostor) knew that there was a problem and she took to her heels. The DSS has been on her trail and as we speak, she is not a corps member because she has been dekitted and her profile blocked on the NYSC platform.

“The bona fide student is going to be mobilised in the orientation that is coming so that she can register and follow her mates to serve.”


Mark 11 vs 22- 24: And Jesus answered them, "Have faith in God. Truly, I say unto you, whoever says to this mountain, "Be taken up and thrown into the sea, and does not doubt in his heart, but believers that what he says will come to pass, it will be done for him. Therefore, I tell you, whatever you ask in prayer, believe that you have received it and it will be yours
Kwara state polyNYSCRukayat Akinola
0
Share