SH0CKING: Why Kaduna Is Under Series Of Terrorist Attacks – Abba Kyari Reveals

SH0CKING: Why Kaduna Is Under Series Of Terrorist Attacks – Abba Kyari Reveals

Suspended Deputy Commissioner of Police (DCP), Abba Kyari, has claimed that the Abuja-Kaduna train attack, Kaduna airport terrorists attack happened because he is in custody. 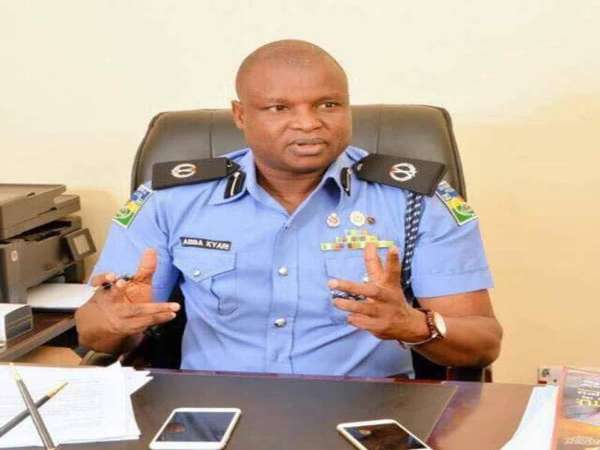 Applying for a review of his bail application before a Federal High Court sitting in Abuja, Kyari through his legal representative, Nureini Jimoh said the insecurity rate in Nigeria increased because Kyari who was former Head Intelligence Response Team (IRT) is in custody.

JUST IN: NDLEA Set To Burn N193b Worth Of Coc@aine In Lagos…

NDLEA Seizes N193billion Worth Of Dru-gs In Lagos, Buhari…

Recall that Abba Kyari who was arrested by the National Drug Law Enforcement Agency (NDLEA) over alleged drug trafficking is remanded at the Kuje correctional facility pending judgement on his trial.

“The entire plan to incarcerate the applicants led to the criminal upsurge and other high level insecurity in the country. Since the incarceration of the applicants, the police have not recorded any level of success on the senseless attack(s) across the country.”

All Facts Newspaper had reported that Kyari pleaded for his bail application to be reviewed and granted, alleging that his life is being threatened in prison.

“At the centre, the applicants who were Head and deputy head of the Intelligence Response Team of the Nigeria Police Force met stiff resistance, attack and open threats to the lives of the applicants by series head of criminal gang that they had busted.

“There is no correctional centre that the criminals that have been arrested by the IRT under the headship of the applicant in furtherance of their constitutional and statutory duties as police officers cannot be found and there is a high likelihood of threat to the lives of the applicants,” he said.

N193B Worth Of Coc@ine: We Didn’t Destroy All Evidence – NDLEA Clarifies…