The World Health Organization (WHO), has announced a new naming system for variants of COVID-19.

WHO will now use Greek letters to refer to variants first detected in countries like the United Kingdom, South Africa and India.

The UK variant  is labelled as Alpha, the South African; Beta, and the Indian as Delta.

According to WHO, this is to make the variants simple, easy to say and remember as well as help remove stigma caused by naming the variants after the countries they were first discovered in.

ALSO READ  THE DANGERS OF INSUFFICIENT SLEEP (MUST READ)

WHO assures that the labels will not replace existing scientific names but will continue to be used in research.

Earlier this month the Indian government criticized the naming of variant B.1.617.2 – first detected in the country last October – as the “Indian variant”, though the WHO had never officially labelled it as such.

“No country should be stigmatized for detecting and reporting variants,” the WHO’s COVID-19 technical lead.

“Today WHO has announced a new naming system for key #COVID 19 variants. The labels are based on the Greek alphabets (i.e. Alpha, Beta, Gamma, etc), making them simple, easy to say and remember.

“The labels do not replace existing scientific names, which convey important scientific information and will continue to be used in research. The naming system aims to prevent calling #COVID 19 variants by the places where they are detected, which is stigmatizing and discriminatory.

“WHO encourages countries and others to adopt these names as they will ease public discussions about global #COVID 19 Variants of Concern and interest.” 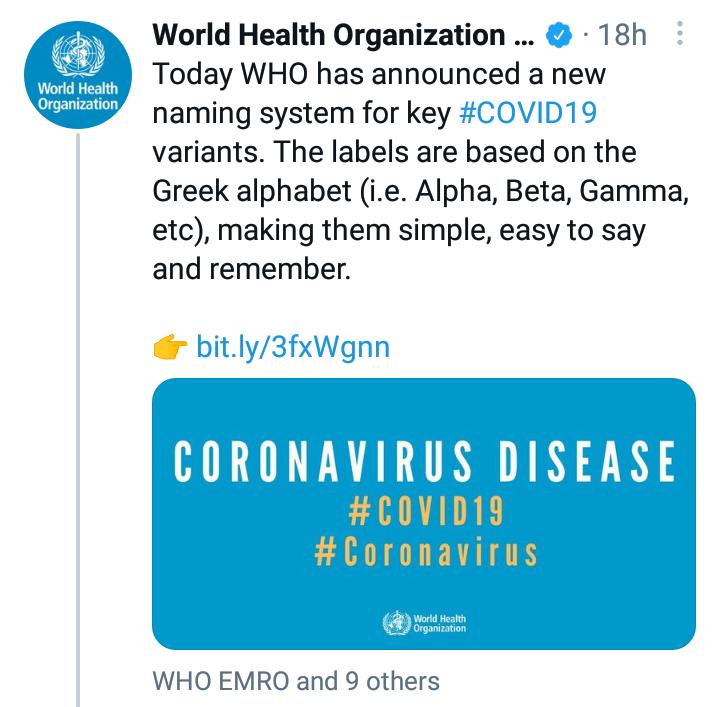 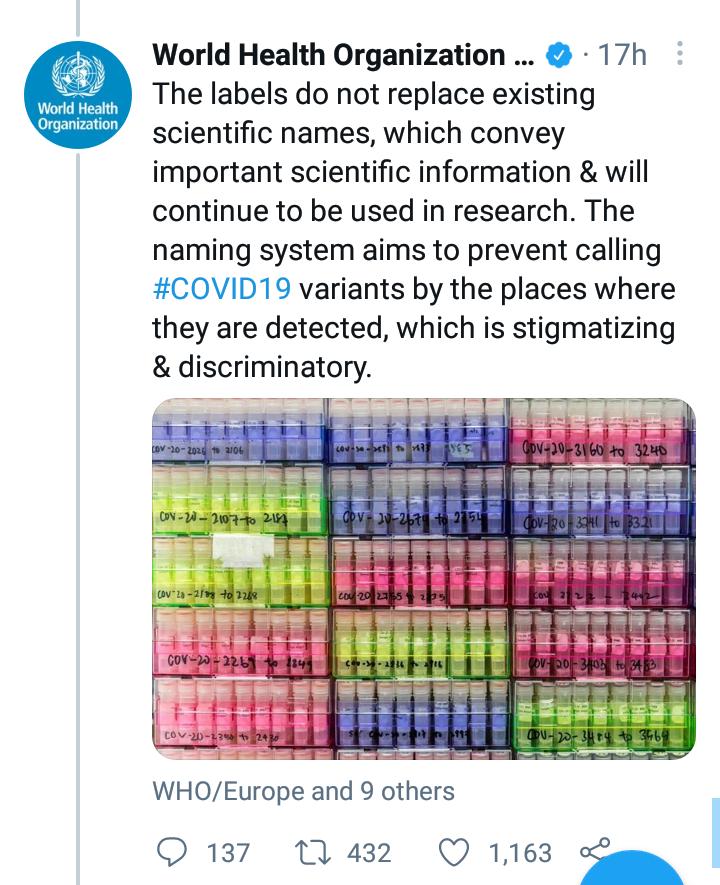 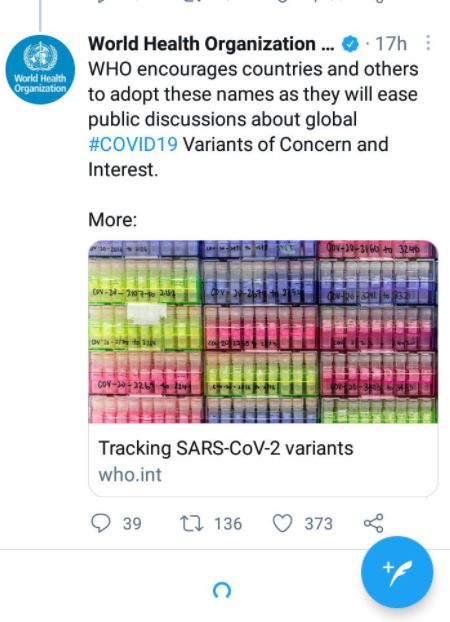 Killer Herders Will Stop Killing If They Hear From Buhari, Sultan of Sokoto – Benue Deputy Gov.