Abia State Deputy Governor, Rt. Hon. Sir Ude Oko Chukwu, has continued to get plaudits from several quarters over his loyalty and commitment to the success of the Governor Okezie Ikpeazu’s administration.

The Deputy Governor’s loyalty, maturity, integrity and level-headedness have caught the attention of many political analysts who described him as one of the best to have occupied the No.2 position in Abia State.

Pundits say that Governor Ikpeazu is blessed to have an unassuming personality like Oko Chukwu as his Deputy.

Recall that Abia is one of the states that have a chequered history of bitter relationships between its Governors and Deputy Governors. The unfortunate rivalry between former Governor, Senator Orji Uzo Kalu and his then Deputy, Senator Enyinnaya Harcourt Abaribe, remains a sore point. The rivalry between Kalu and Abaribe assumed an ethnic dimension that the Ukwa Ngwa clan cued behind their son. It got to an extent that Abaribe resigned his position, defected to the then All Nigerian Peoples Party (ANPP) and contested against Kalu in the 2023 governorship election.

With Abaribe out of the way, Kalu got a new Deputy Governor in the late Dr. Chima Nwafor who didn’t complete his tenure. Then fate threw Chief Eric Acho Nwakanma who was anointed Deputy Governor to complete Dr. Nwafor’s tenure. Dr. Chris Akomas served as the Deputy Governor during Governor Theodore Orji’s first tenure and left in 2010. 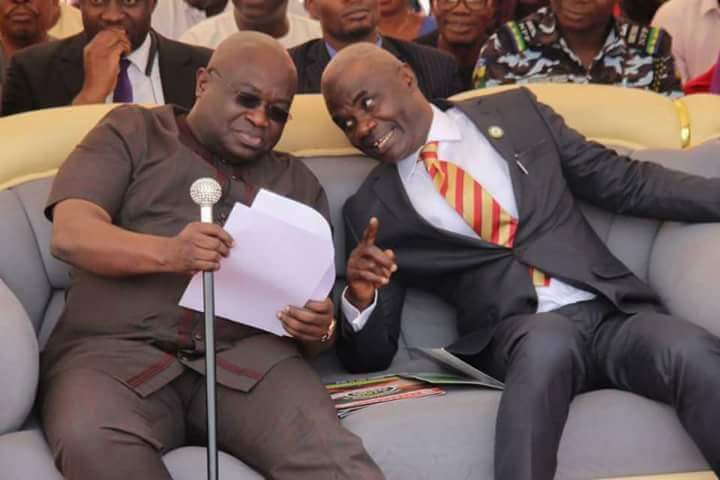 Then serving as the Speaker of the 5th Abia House of Assembly, Oko Chukwu emerged as running mate to Governor Ikpeazu in 2015 and they were reelected in 2019. It is pertinent to state that Oko Chukwu has broken the jinx of becoming the only Deputy Governor to be reelected in the history of Abia state.

Oko Chukwu appears a reserved persona, but his humility and loyalty is infectious and outstanding. No doubt, since they were sworn in on May 29, 2015, Governor Ikpeazu has never had a cause to watch his back with Oko Chukwu as his Deputy.

Gov. Ikpeazu deserves a huge pat on the back for being a team player and a leader who doesn’t encourage tale bearers. It is to the glory of God and Abia State that the Governor and his Deputy has never allowed ‘political busybodies’ come between them.

From the look of things, the situation won’t change till the end of their tenure on May 29, 2023.

There is no doubt that Oko Chukwu came to the job with experience, fully prepared about what the position of the Deputy Governor entails. He is an accomplished accountant who had a twelve year stint as the Member representing Ohafia North State Constituency in the Abia State House of Assembly, four of which he spent as Speaker of the House.

Oko Chukwu’s reign as Speaker was rancor free and devoid of the usual bickering that characterize state legislatures in Nigeria.

His humility and transparency in the handling of the affairs of the Assembly has became a reference point.

Oko Chukwu’s loyalty and dedication to Ikpeazu’s transformation agenda may have caught the attention of the Chief Press Secretary to the Governor, Mr. Onyebuchi Ememanka, when he described the Governor and his Deputy as the finest team in the history of governance in Abia State.

“Governor Ikpeazu and his Deputy, Rt. Hon. Sir Ude Oko Chukwu, sons of Umuobiakwa , Obingwa LGA and Nkporo, Ohafia LGA, respectively. Clinical Biochemist and Chartered Accountant; no skirmishes at all, no impeachment threats nor plans. What exists between these two fine gentlemen are mutual respect and a common passion for the good of the people of Abia State.”

The Deputy Governor has always stood in for Governor Ikpeazu whenever he is away. His delivery and interpretation of the Ikpeazu transformation agenda during public outings where he represented his boss has made the Governor to be proud of his Deputy.

Gov. Ikpeazu was once quoted to have said that he could not have wished for a better Deputy Governor than Oko Chukwu. 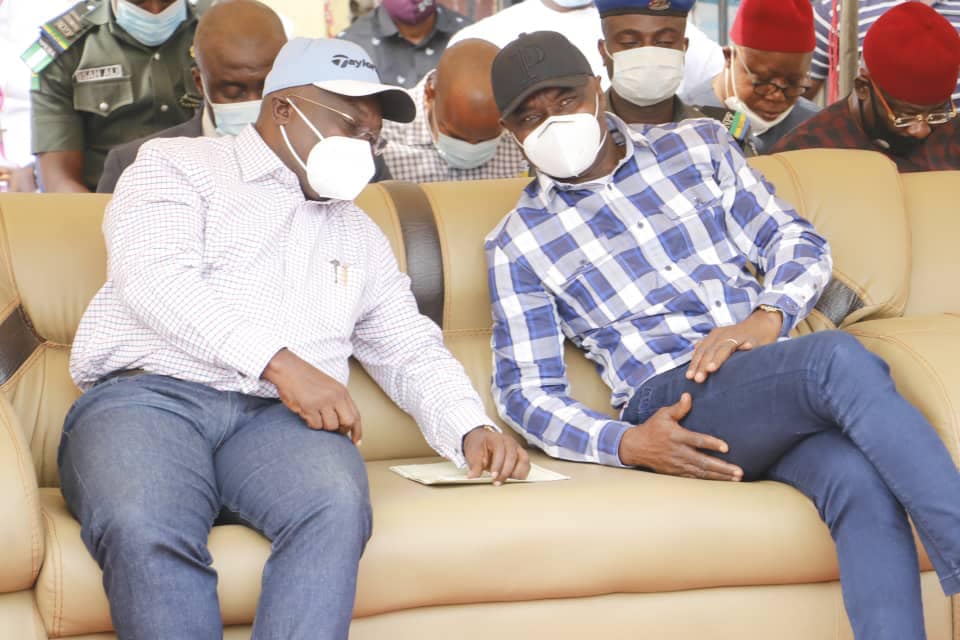 Oko Chukwu has proved himself as an able lieutenant to Gov. Ikpeazu. During Governor’s absence on official assignments, Oko Chukwu has always mobilized Commissioners, the Secretary to the State Government and other aides of the Governor to hold the forte for Governor.

No doubt, the Governor trusting his Deputy’s competence has always kept him busy with official assignments. To show the trust he has in his Deputy, Ikpeazu had continued to delegate Oko Chukwu to represent him in high ranking meetings and national events.

Before Ikpeazu, Deputy Governors in Abia were associated cameo appearances in state matter. Thank God, Ikpeazu has changed the trend.

Abaribe is a man of honour, mouthpiece of ndi Igbo – Uchenna Okocha