Members of the Southern Governors’ Forum are currently meeting in Enugu, just about two months after they converged in Nigeria’s commercial nerve centre, Lagos State.

Governors who have arrived at the meeting include Ifeanyi Okowa of Delta State; Babajide Sanwo-Olu of Lagos; Gboyega Oyetola of Osun State; Rotimi Akeredolu of Ondo State; and Bayelsa’s Douye Diri.

They were received at the Government House, Enugu, by the host, Governor Ifeanyi Ugwuanyi.

While there is no officially published agenda for the meeting, the governors are expected to deliberate on the ongoing Value Added Tax (VAT) battle between states and the Federal Inland Revenue Service (FIRS), open grazing and security issues.

The governors are expected to deliberate on the ongoing VAT battle between the FIRS and states.

Thursday’s meeting is coming just over two months after the governors met in Lagos State where they made a series of decisions including banning open grazing.

The governors had set September 5 as the deadline for states in southern Nigeria to promulgate the anti-open grazing law.

Enugu, Lagos, and Akwa Ibom were the latest states to enact the law against open grazing.

Aside from issues around open grazing, the governors also agreed that Nigeria’s next president [in 2023] should be from the southern part of the country.

They equally affirmed their commitment to Nigeria’s unity, restating calls for state policing among other issues. 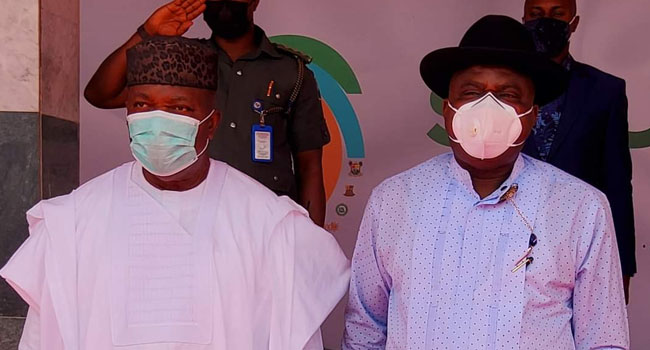 Mercy Eke Opens Up On Her Relationship With Maria’s Alleged…