Protesting drivers have decried ill treatment by thugs who beat  them up and destroy their vehicles over non-payment of what they described they described as “illegal  levies” on federal highways.

The drivers who barricaded the road at Lokpanta Umunneochi LGA, Abia State through the Chairman of the Association,Mr. Okezie Okeke, stated that there are over 2000 revenue checkpoints across the federal highways in the South East zone manned by thugs who collect over 20 assorted levies, seize vehicles and beat up drivers who fail to comply with what he described as ”illegal levies.”

The chairman lamented that they have petitioned the Inspector General of Police,Usman Alkali Baba, who ordered the arrest of most of the thugs on the federal highways, but they returned to their nefarious activities within few days.

He listed the worst areas where thugs beat up drivers for refusing to pay illegal revenue to include; Lokpanta, Obollo Afor, Okigwe junction, Umuikaa junction ,among others.

He said; “The South East zone may face soon face food crisis if the activities of illegal revenue thugs are not checked on all the federal highways in the zone. Truck and bus drivers conveying perishable goods are daily beaten and their vehicles destroyed for refusing to pay over over 20 different levies being charged by these thugs. the activities of these touts who claim to be working for both state and federal government revenue collectors are the reasons behind the skyrocketing differences between the prices of perishable goods in the North and South-East.

We Never Authorized Anyone To Solicit Funds- IPOB Hints On…

Why Insecurity Has Persisted In South East— IPOB lawyer…

“We convey perishable goods like Okra, tomatoes, vegetables and onions. We don’t have problem within the North, but your problem begins as soon as you get to Obollo Afor in Enugu. The thugs will beat you and destroy your vehicle if you fail to pay the over 20 different levies they charge. Three days,ago , they brat up our driver at Amansea, he is still in hospital while his bus loaded with goods are yet to be seen. We have lost over 5 drivers and vehicles to them. At night, they rob drivers at these checkpoints. We will soon withdraw our services if the government fails to address the situation.

“We are calling on the five South-East Governors and the state Houses of Assembly in South-East to quickly stop the thugs and find out who is empowering them, as their activities are causing more hardship on the people of the South-East.” 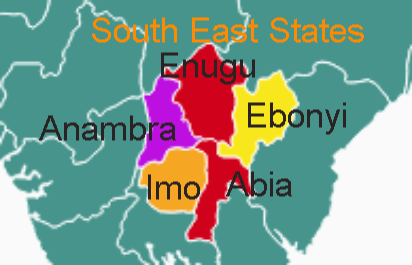 Presidency: “What Does Nigeria Want From Ndigbo” -Prof. Obiozor Reacts To Party Primaries

Why Insecurity Has Persisted In South East— IPOB lawyer Reveals