Prominent Nollywood actor and film director, Yul Edochie has announced the birth of his second son with his colleague, Judy Austin Muoghalu.

The 40-year-old made the announcement with photos of his newborn son, revealing he loves him as much as he loves his other kids.

The announcement, however did not sit well with netizens who launched an onslaught on the married actor, condemning his actions.

The one-time Anambra State Governorship candidate  who has four kids with Mary Yul Edochie- his wife of seventeen years, also referred to Judy as his ”second wife”.

“It’s time for the world to meet my son. His name is STAR DIKE MUNACHIMSO YUL-EDOCHIE. Born by my second wife, Judy Austin. And I love him so much, just as much as I love my other children.”

Reacting,the actor’s first wife, May, wrote, “May God judge you both” in the comment section, leaving fans and netizens alike alight.

Meanwhile, his colleagues who congratulated him on the birth of his son have been called out by Nigerians.

See some comments below; 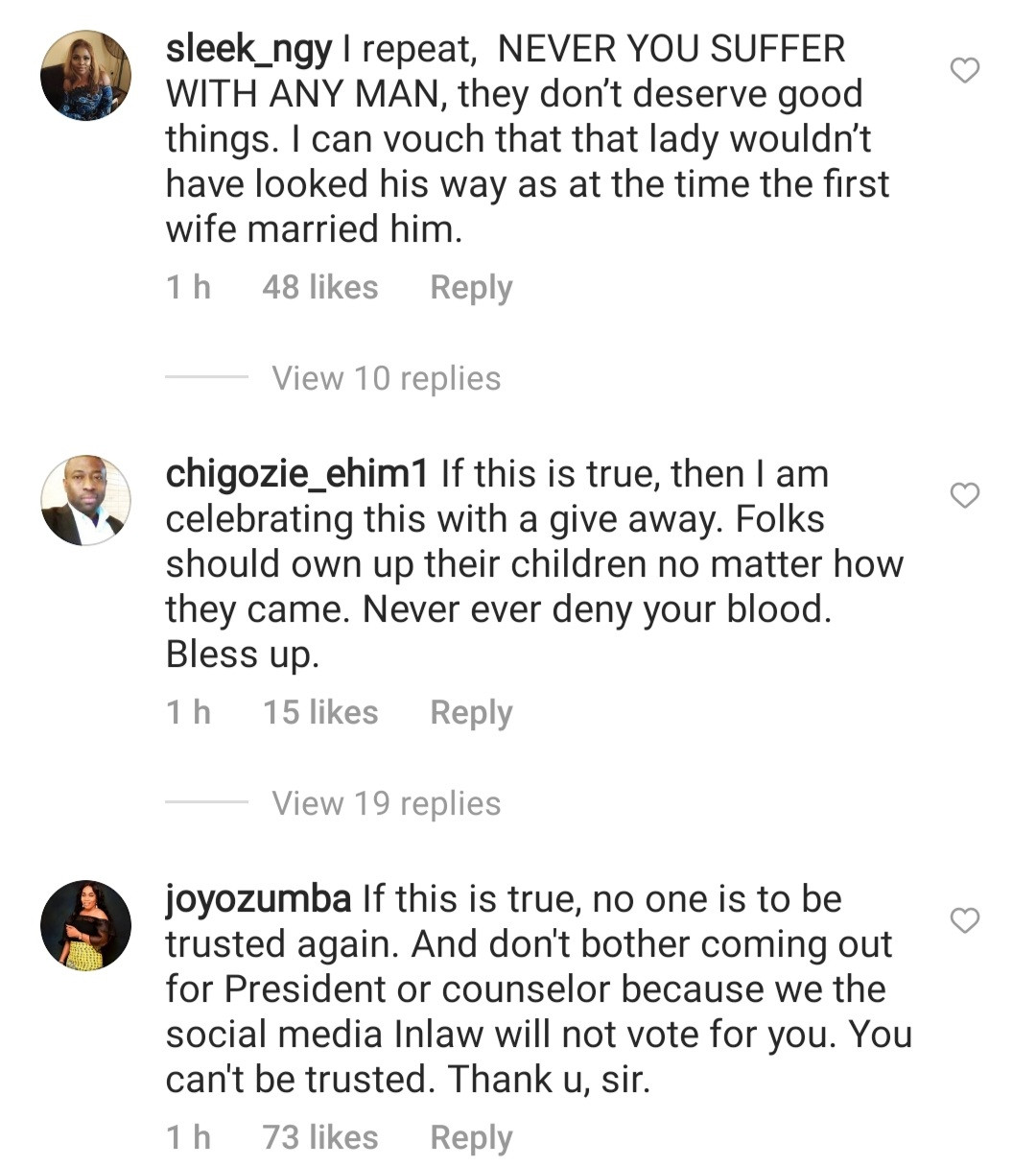 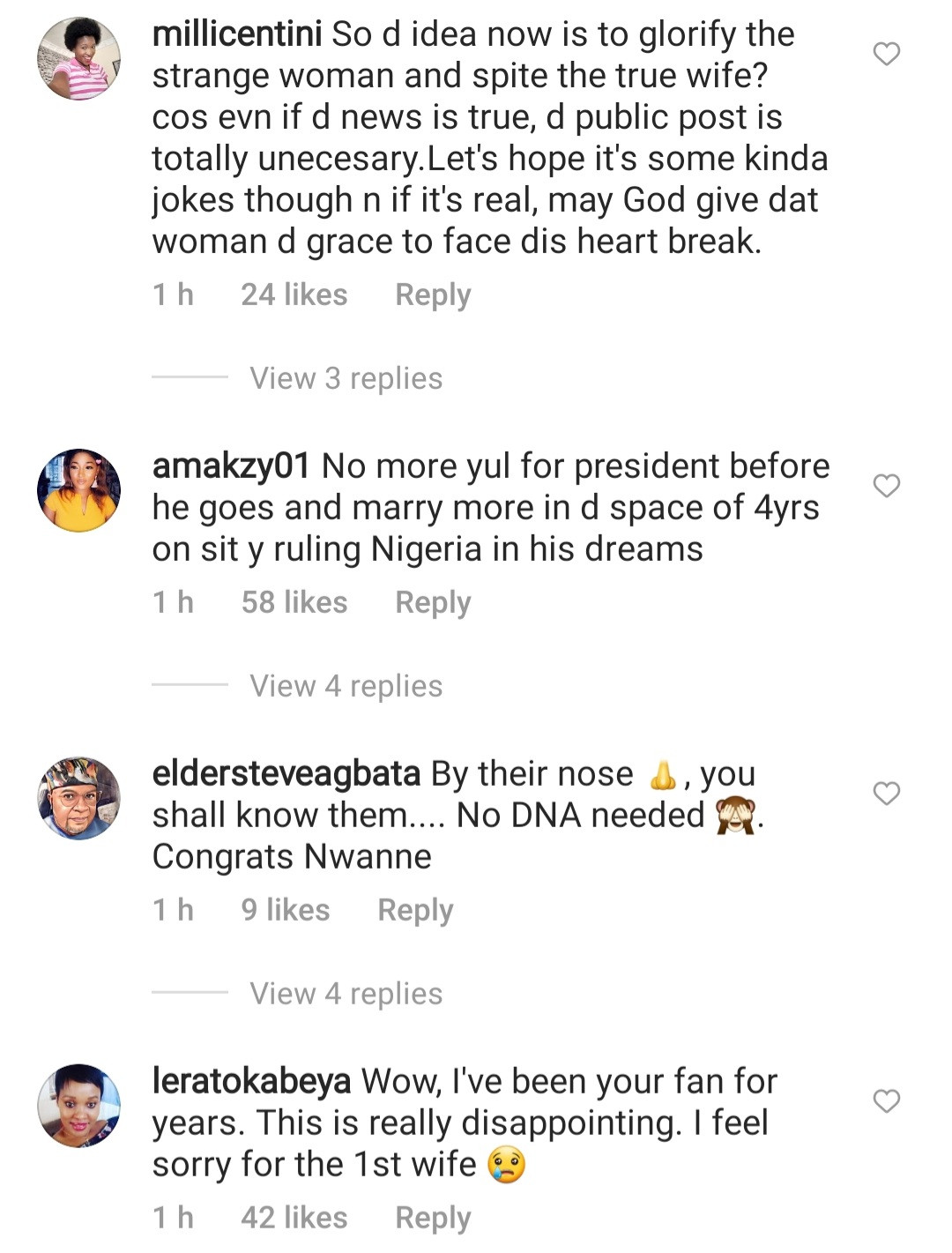 
Mark 11 vs 22- 24: And Jesus answered them, "Have faith in God. Truly, I say unto you, whoever says to this mountain, "Be taken up and thrown into the sea, and does not doubt in his heart, but believers that what he says will come to pass, it will be done for him. Therefore, I tell you, whatever you ask in prayer, believe that you have received it and it will be yours
Judy Austin MuoghaluYul Edochie
0
Share