Prominent Nollywood bigwig, Yul Edochie had taken to social media to shower encomium on himself for being a cyberspace rave in the wake of his polygamy saga.

Recall the father-of-four had taken to his Instagram account to announce the birth of his son and marriage to his colleague Judy Austin to the shock of netizens.

Despite wild criticism from disappointed fans, the filmmaker who is clearly unscathed has praised himself for the move, stating it has made him the most talked about man for two consecutive weeks.

Reacting, Freeze decried Yul’s lack of remorse for his actions, asking if the actor has some sort of emotional intelligence. 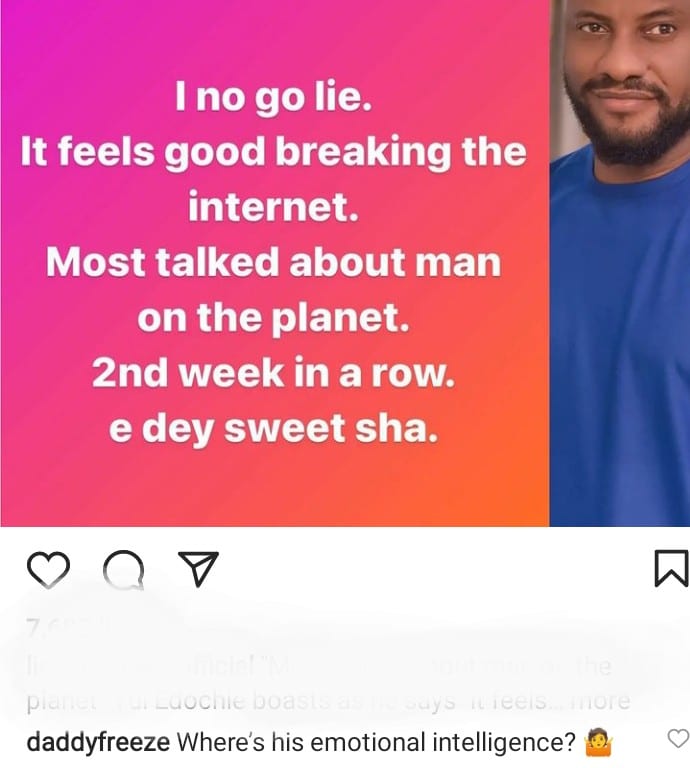