Plateau State Government has confirmed the revocation of licenses of all Private nursery, pre-primary, primary, junior secondary and senior secondary schools operating in the state.

The affected schools have consequently been completely shut down.

This was made known by the State Commissioner for Education, Elizabeth Wapmuk while addressing journalists on Friday in Jos, the state capital.

Wapmffuk said that the government took action because of the low standard of operation, and non-adherence to government policies among other issues by the private schools in the state.

Also, according to the commissioner, the activities of some of the schools are also affecting education in the state.

AIT quoted Wapmuk as saying, “Reliable reports showed that some of the private schools have concealed their premises to avoid routine inspection of places serving as hideouts for criminal activities and the proliferation of unregistered/illegal private schools in the state have robbed the state of the potential impact of education.”

According to the education commissioner, anyone intending to operate private schools in the state must secure approval and revalidation of their certificates as the Ministry of Education would be embarking on the exercise to verify claims by proprietors of the schools. 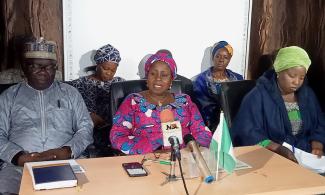