Presidential aspirant and ex-governor of Abia State, Peter Obi has been dragged by a section of Nigerians after he stated his son who is almost 30 has no car of his own.

The statement which has gone on to elicit extreme reactions from netizens was made during the 60-year-old’s media campaign ahead of the brewing 2023 elections.

The businessman also explained that he did not see the need to invite influential people when his daughter got married weeks ago, despite the fact people were expecting him to.

Reacting, Nigerians launched an onslaught on the banker, insisting he has failed as a father if his son who is clearly more privileged than the average Nigerian cannot afford a car at thirty. 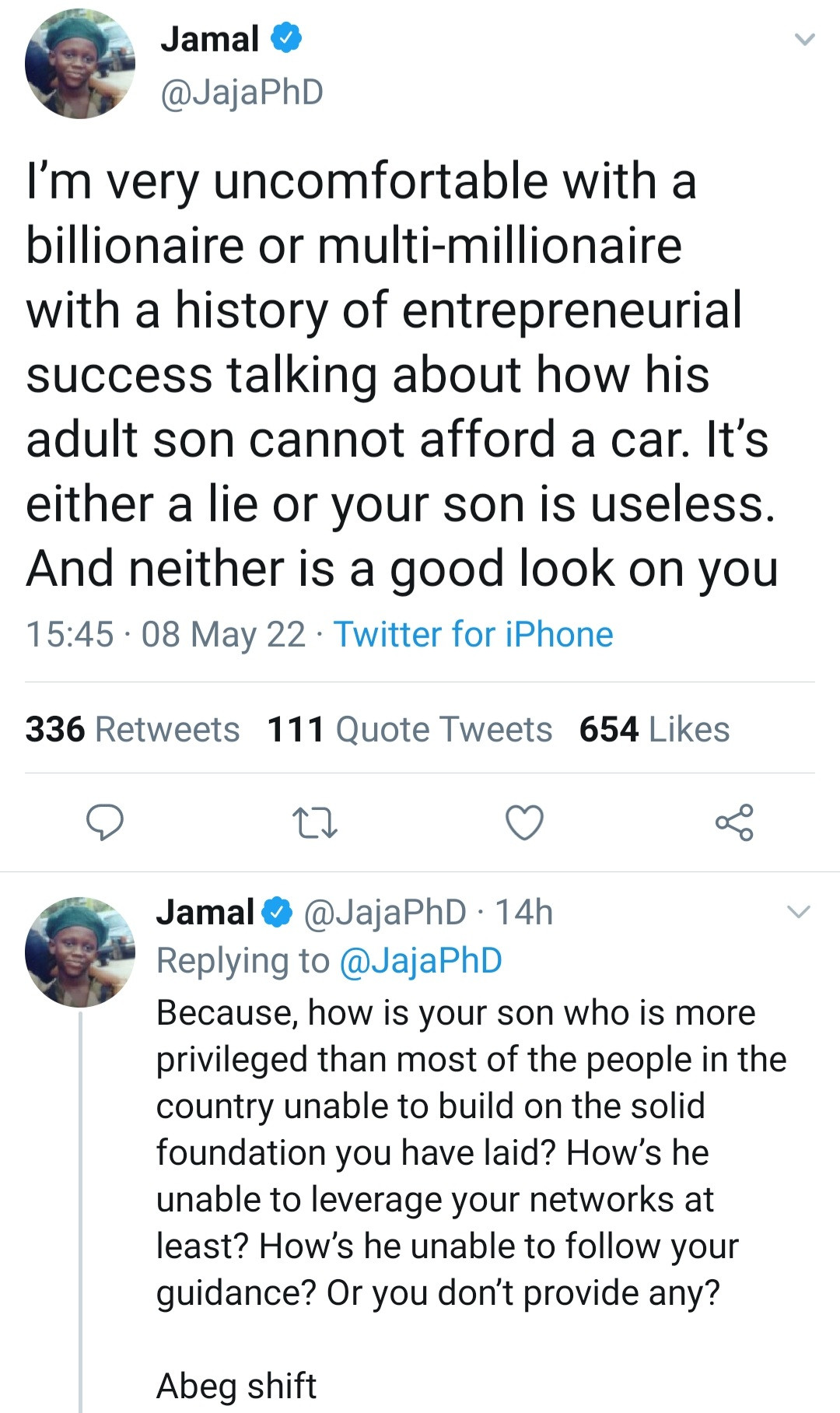 
Mark 11 vs 22- 24: And Jesus answered them, "Have faith in God. Truly, I say unto you, whoever says to this mountain, "Be taken up and thrown into the sea, and does not doubt in his heart, but believers that what he says will come to pass, it will be done for him. Therefore, I tell you, whatever you ask in prayer, believe that you have received it and it will be yours
Peter ObiPeter Obi's Son
0
Share