Afolabi Abiola Olamide, who was shot by Osun State police while he was having dinner with his friend is dead.

Recall Abiola’s girlfriend revealed that on Monday, April 4, 2022, Abiola went to visit a friend named Matthew and while he was having dinner with Matthew and his fiancée, police barged in without a warrant to carry out a raid.

Abiola was shot in the leg and taken away while Matthew and his fiancée were arrested but the fiancée was later released.

Now, the police has released a statement that Abiola is dead and alleged that Abiola, Matthew, and Matthew’s fiancée were caught at the scene of a robbery, leading to Abiola getting shot..

Some youths have taken to the Ola-Iya axis of Osogbo, Osun State, to protest the killing of one 27-year-old Abiola.

Family members of Abiola were filmed crying, asking for answers about the killing of the 27-year-old man.

Abiola’s brother is said to be suicidal and has shared several WhatsApp statuses hinting at taking his life. 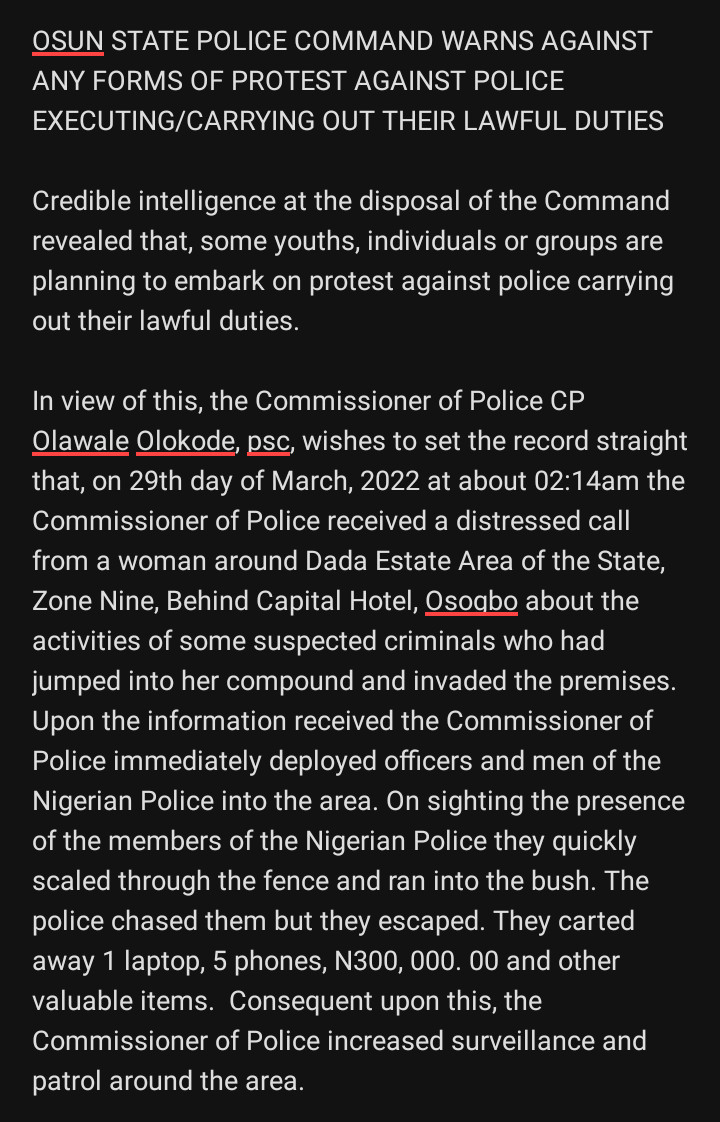 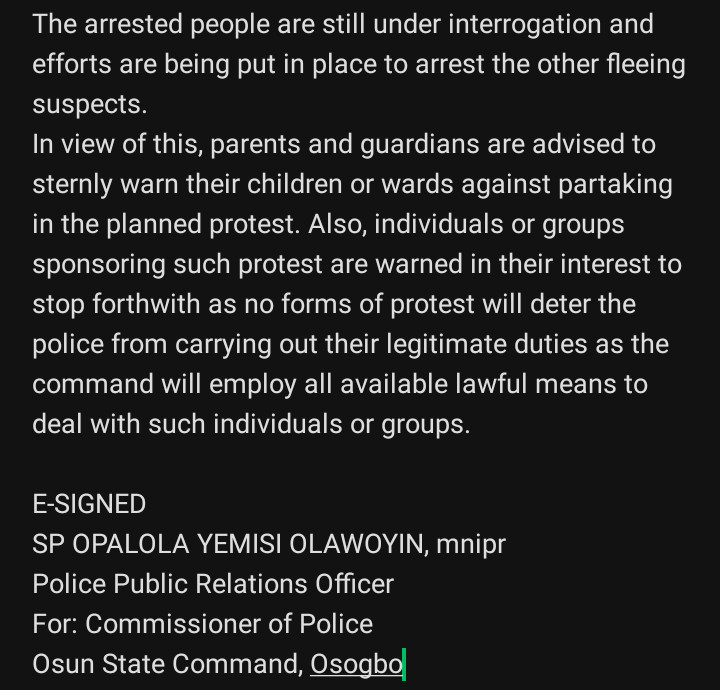 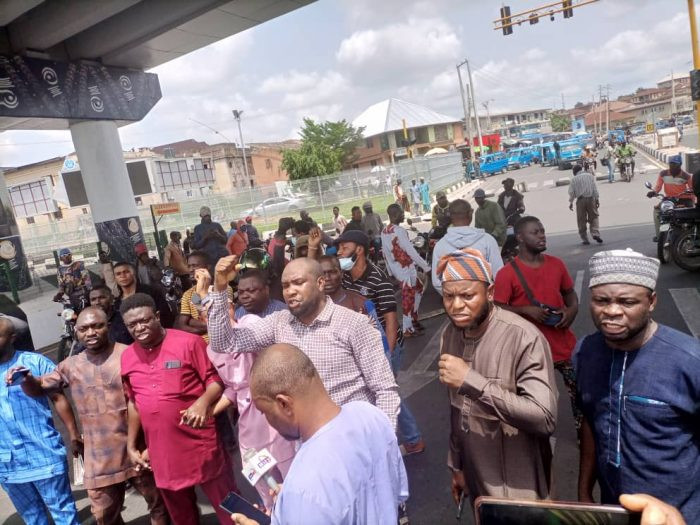 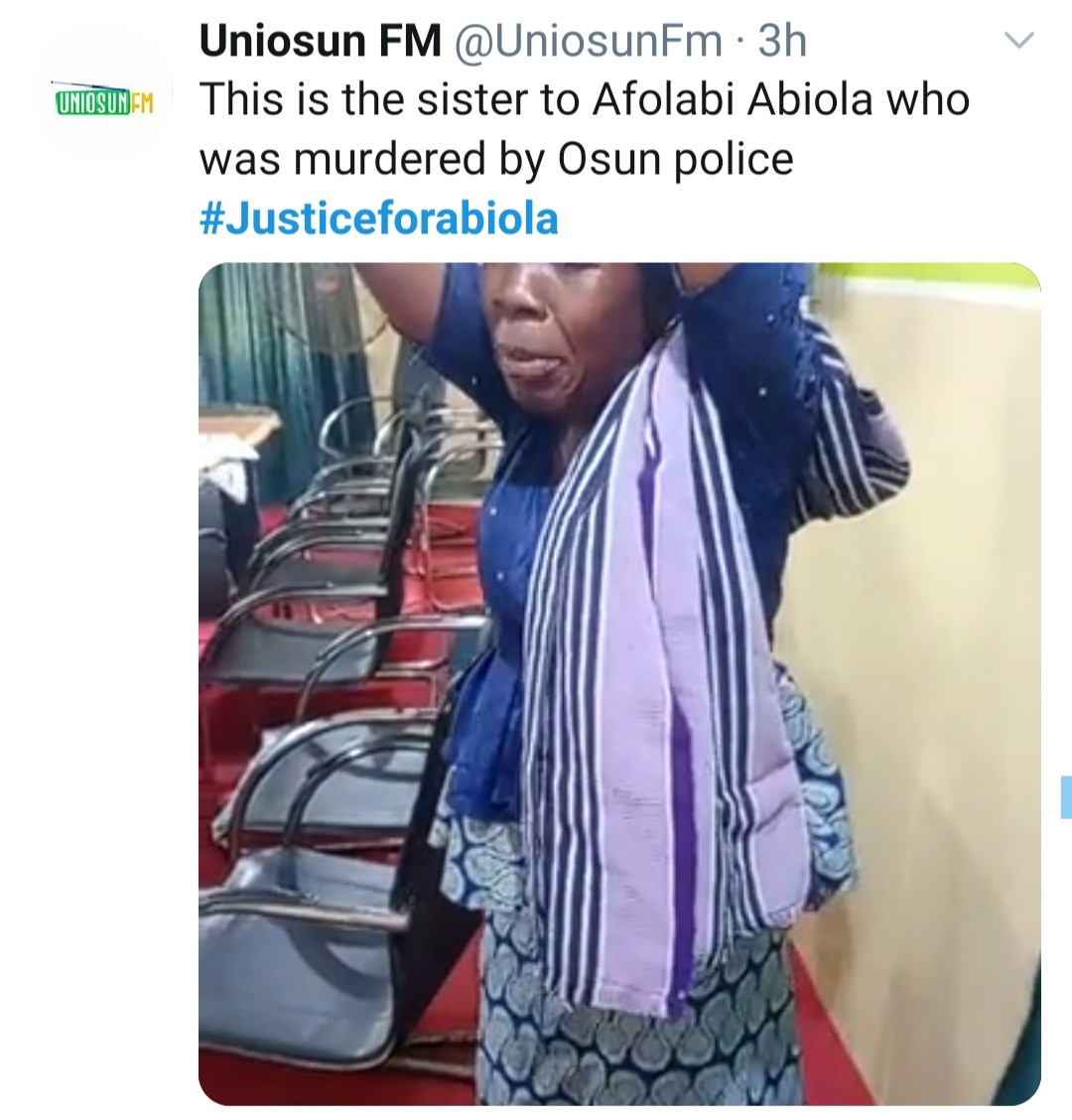 
Mark 11 vs 22- 24: And Jesus answered them, "Have faith in God. Truly, I say unto you, whoever says to this mountain, "Be taken up and thrown into the sea, and does not doubt in his heart, but believers that what he says will come to pass, it will be done for him. Therefore, I tell you, whatever you ask in prayer, believe that you have received it and it will be yours
Afolabi Abiola OlamideOsun State police
0
Share