The cyberspace has been left alight following a brutal battle of words between Nigerian rapper, MI and journalist Joey Akan on Twitter.

The clash kicked off after the broadcaster took to the microblogging platform to aim a swipe at Nigerian rappers.

According to the music critic, none of them met with American rapper Dababy during his visit to Nigeria to shoot a music video with singer Davido.

The onslaught apparently launched at rappers, MI Abaga and YCee who both expressed their displeasure at the absence of rappers at the Rick Ross Live In Concert in Nigeria last month went on to elicit drama.
The murky tweet did not sit well with Jos-born rapper, MI who stumbled upon it on the streets of social media.

Reacting in series of tweets,the rapper referred to the media personality as an ”insecure” person who takes to ”insulting people to feel better”.

Why Humility Does Not Work – MI Reveals | READ DETAILS

MI further described him as an “enemy” of the community.

In a clapback, Joey claimed that he stood up to M.I multiple times when he wanted to use him to attack an artist. He also accused the rapper of ruining the careers of several artists in the industry. 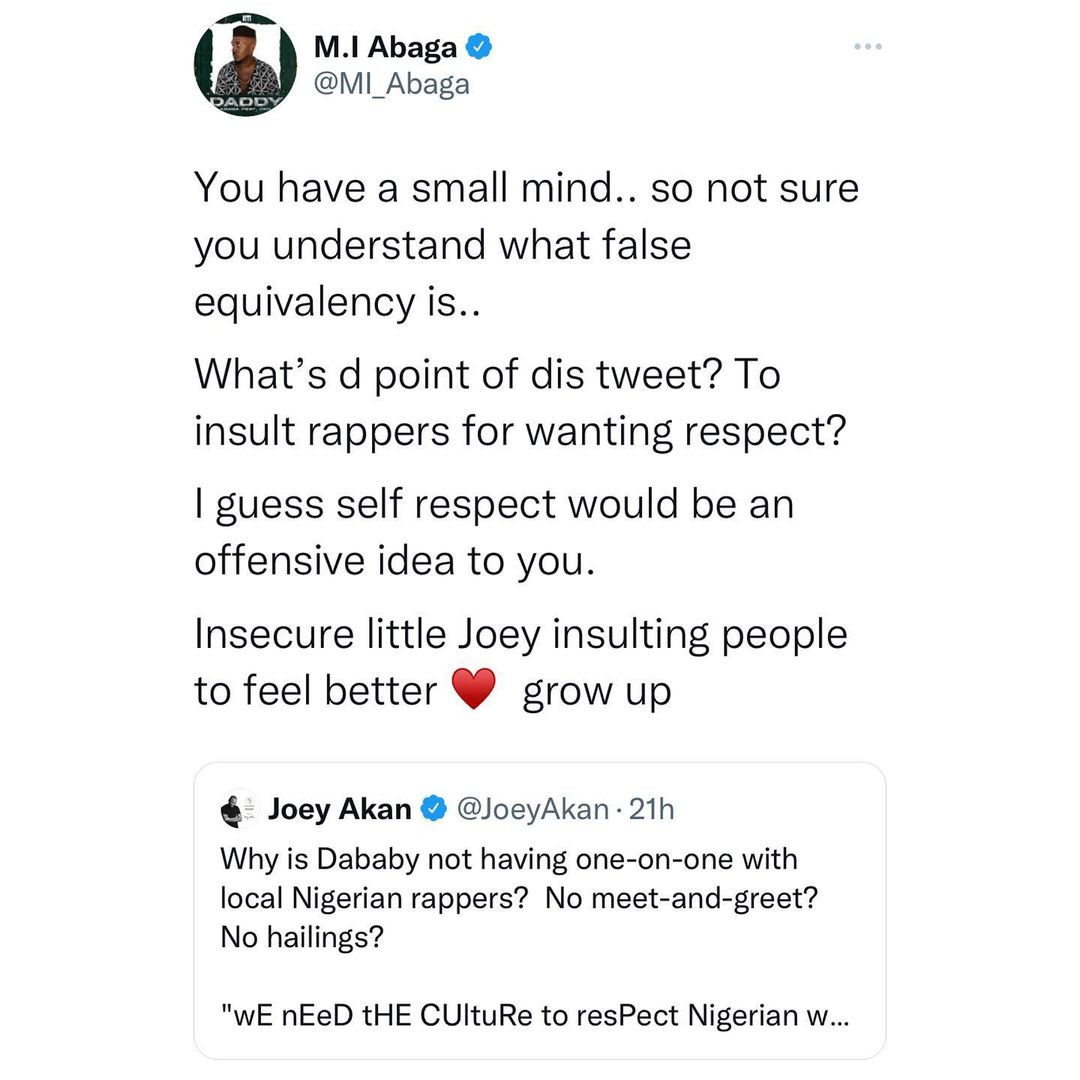 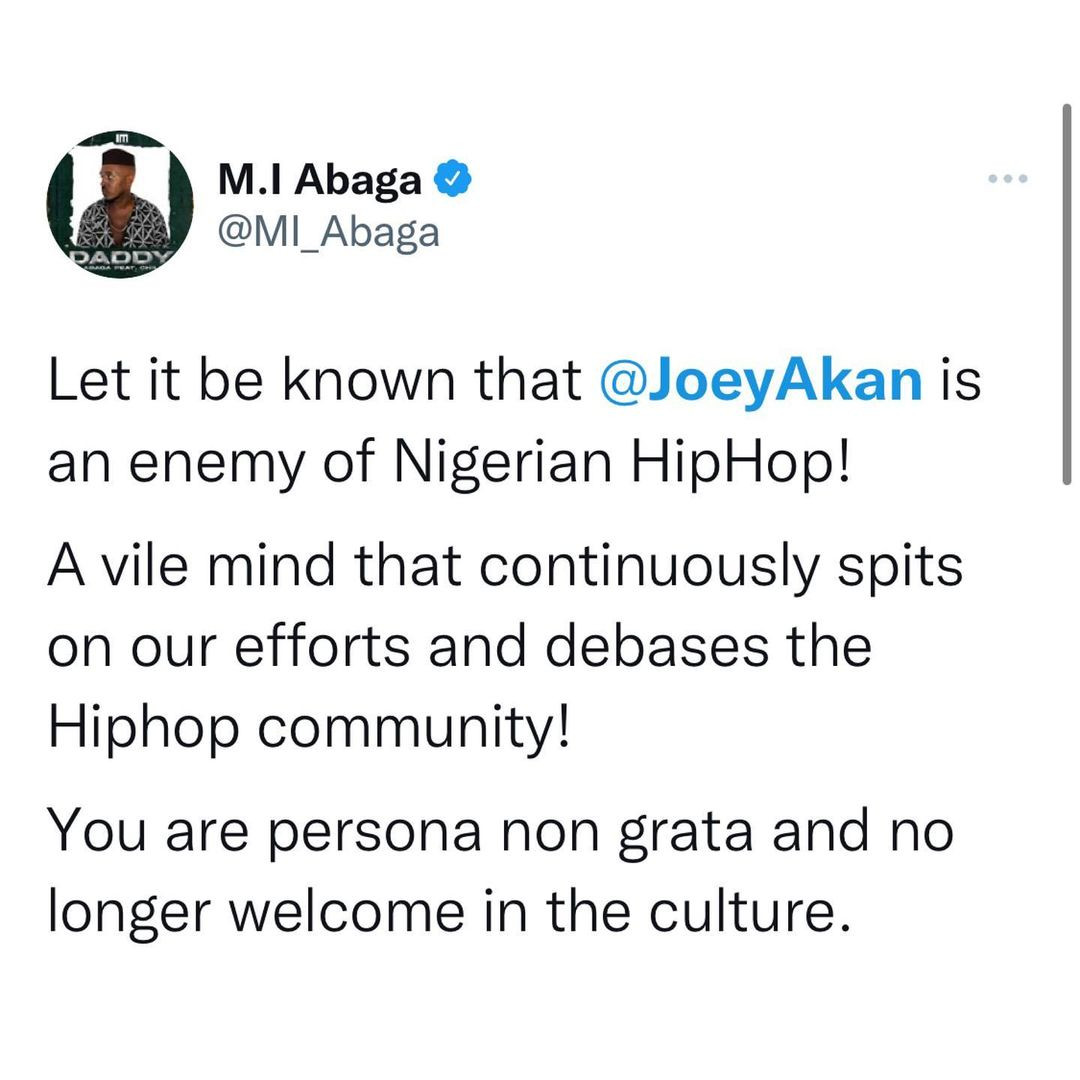 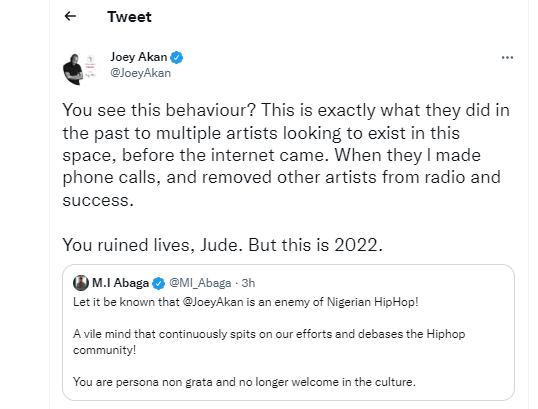 Why Humility Does Not Work – MI Reveals | READ DETAILS