Ketanji Brown Jackson have emerged the first Black woman ever to serve on the Supreme Court of the United States of America.

The US Senate confirmed Jackson on Thursday.

The 51-year-old’s appointment was greeted with a standing ovation on the floor of the upper chamber of Congress Jackson’s emergence means white men will not be the majority on the nation’s high court for the first time in 233 years. 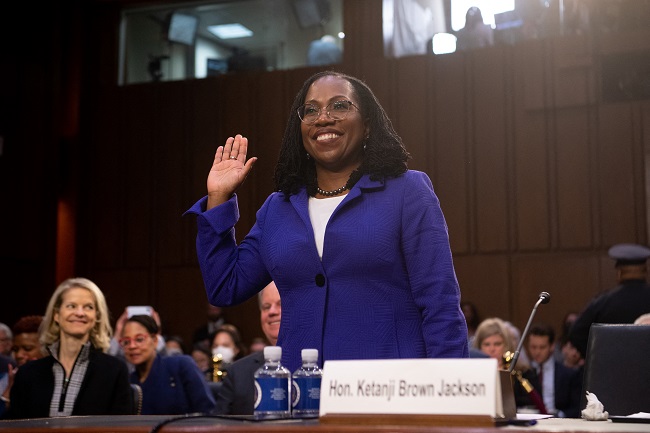 “This milestone should have happened generations ago… but we are always trotting on a path towards a more perfect union. Nevertheless, America today is taking a giant step towards making our union more perfect,” Democratic Senate Majority Leader Chuck Schumer said.

“People sometimes talk about standing on the shoulders of giants; well, Judge Jackson will go down in history as an American giant upon whose shoulders others will stand tall. And our democracy will be better off for it.”

Jackson picked up support from three Senate Republicans during a grueling and at times brutal confirmation process, delivering Biden a bipartisan, 53-47 approval for his first Supreme Court nominee.


Mark 11 vs 22- 24: And Jesus answered them, "Have faith in God. Truly, I say unto you, whoever says to this mountain, "Be taken up and thrown into the sea, and does not doubt in his heart, but believers that what he says will come to pass, it will be done for him. Therefore, I tell you, whatever you ask in prayer, believe that you have received it and it will be yours
Ketanji Brown JacksonUS Supreme court
0
Share

I Don’t Know Iniubong Umoren, Have Never R-aped Anyone Before – Suspect Makes U-Turn