The newly constructed 22.5km Agalaba Ring Road (Phase 2) in Obingwa Local Government Area
built by Governor Okezie Ikpeazu has been commissioned for use by the public along with Umuopara-Amano and Hilltop roads. 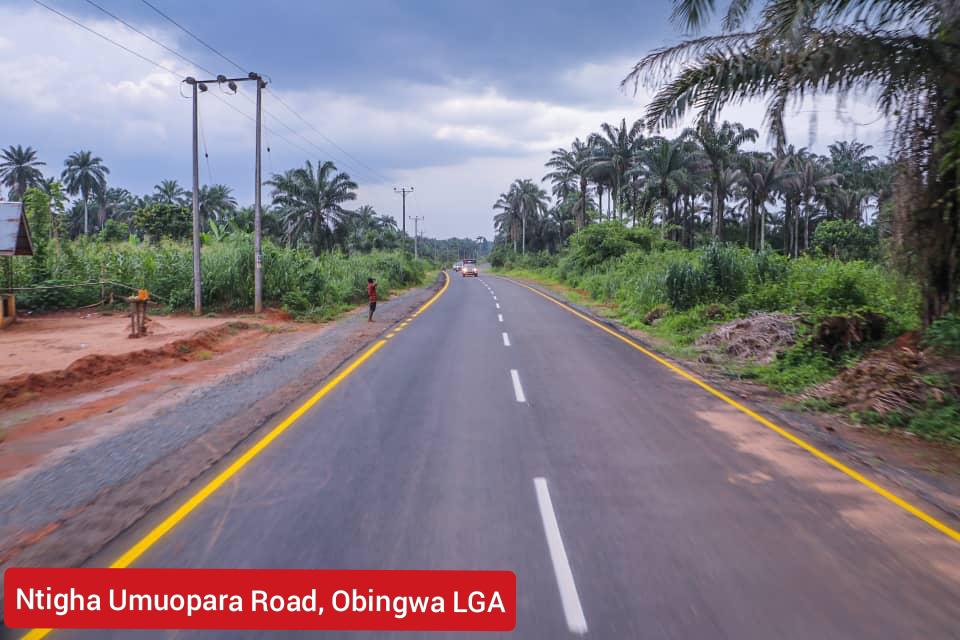 Speaking at the commissioning ceremony of Agalaba ring road performed by the Traditional Ruler of Ntigha Uzo Amairi Ancient Kingdom, Eze Isreal Uduko, who is also one of the oldest Traditional Rulers in Obingwa LGA, in continuation of the “Kinetic Abia” Project inspection and commissioning programme of the Governor, Dr Ikpeazu commended the youths and the entire people of the area for protecting the construction workers and their materials.

He urged them to continue cooperating with the workers as more link roads are going to be done in the area and will get to Akpaa.

“This road traverses all the Wards in Agalaba and even beyond. Your prayers for us concerning the road were evidently answered. I urge you to continue to pray for us as leaders.

“On our part, we have ensured that the construction of the road was never halted and thanks to the youths and the entire people of the area for ensuring the safety of the construction workers and their equipment”, he said.

JUST IN: Gov. Ikpeazu Displays A Pair Of Sandals He Made By…

Abia 2023: Ikpeazu Is A Product Of Equity, Equity Must Be…

Also while flagging off the construction of Phase 3 of the Agalaba Ring Road at Umuomai Akpaa Mbato, the Governor promised that the third phase of the road will soon be completed and commissioned and expressed satisfaction with the quality of job done by the contractor.

Speaking also, the Member representing Obingwa East State Constituency and Majority Leader of the Abia State House of Assembly, Mr Solomon Akpulonu, and the Attorney General of the State and Commissioner for Justice, Chief Uche Ihediwa, said history will forever be kind to Governor Okezie Ikpeazu for being the only person that has ever constructed the ancient road and assured him that they will reciprocate his good gesture at the appropriate time. 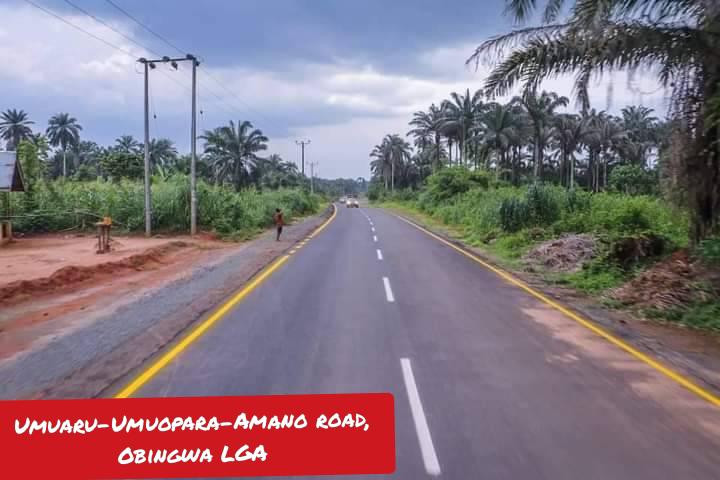 Earlier in their speeches, the Chairman of Obingwa Local Government Area, Mr. Ibe Nwoke, and the Traditional Ruler of Ntigha Ụzọ, Eze Ogbonnaya Nwaenyo thanked the Governor for constructing the road and assured him of their sustained support.

At Umuopara-Amano in Obingwa LGA, Governor Ikpeazu assured that the kinetic Abia program of his administration will deliver additional 300km of roads before the end of his tenure and assured that he has remobilized the contractor that handled Umuaro-Ekwereazu-Nto Edino road back to site to rehabilitate the road in rider to enable it carry the current high traffic better.

Governor Ikpeazu noted that the reason for the failure of the road has been identified. According to the Governor , the road was originally designed to be a Trunk C road designed to serve the rural communities in that area and for light vehicles that ply between Abia and Akwa Ibom states thereby creating a viable alternative route to the collapsed and abandoned Aba Ikot Ekpene federal highway.

However, the road unfortunately became the only route for heavy duty and dead weight vehicles, particularly those conveying several hundreds of tons of cement from Akwa Ibom State through Aba to other parts of the country, adding that the road caved in to the massive pressure of these dead weight vehicles that ply the road daily in their hundreds.

The Governor described the road as key to the economic development of the State especially the Aba area, noting that till date and even with some portions of it in a bad shape, it remains the only link through which vehicles can get to Ikot Ekpene from Aba in 45 minutes.

Governor Ikpeazu stated that soil tests have been conducted on the road and that a proper design for the project has been concluded, and that a contractor will return to the site assuring that the road will be rebuilt to a standard that will comfortably fit the nature of the traffic on the road.

Governor Ikpeazu who was represented by his Deputy, Rt Hon Ude Oko Chukwu, also commissioned Hilltop road in Aba North LGA with a charge to residents to protect the infrastructure by ensuring proper disposal of wastes and regular cleaning of the road which was constructed using rigid pavement technology. 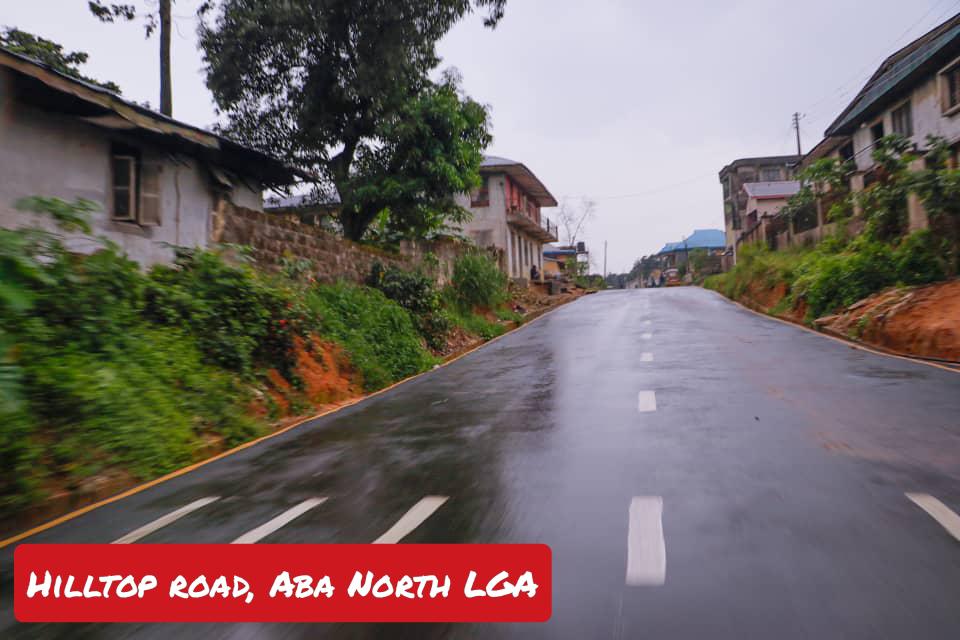 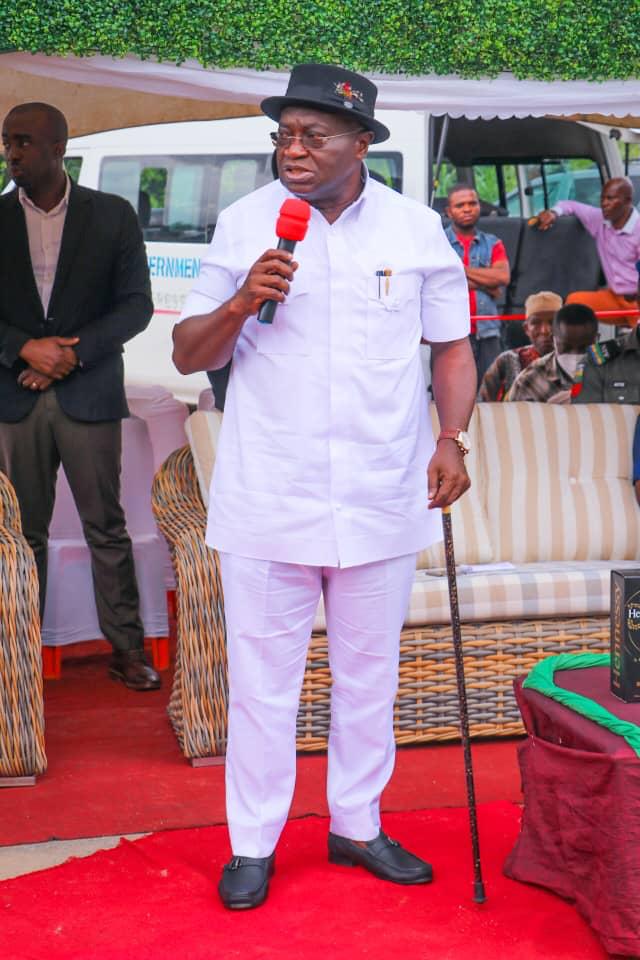 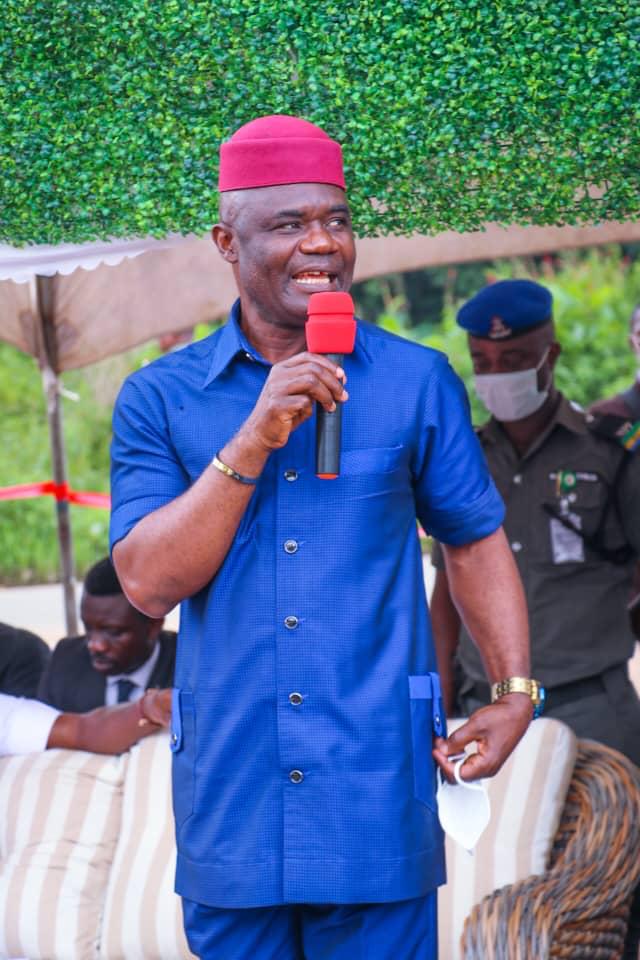 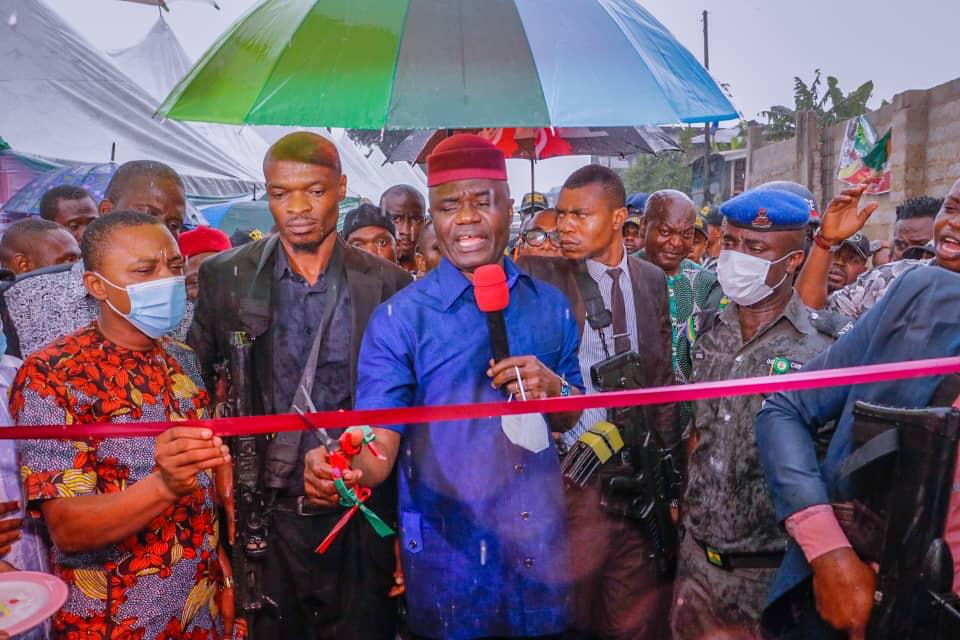 Kebbi Abduction: I Will Storm Forest With Rescue Team, I Was Not Elected To Sit In The Office – Gov Bagudu

[B00M] Abia 2023: Ikpeazu Opens Up, Reveals The Kind Of Person He Desires Will Take…

JUST IN: Gov. Ikpeazu Displays A Pair Of Sandals He Made By Himself |SEE PHOTOS

Abia 2023: Ikpeazu Is A Product Of Equity, Equity Must Be Followed – Former…