The Abia State Schools Quiz Competition, organized by Ray Nkemdirim Foundation, has come to an end.

The competition which commenced on Tuesday, April 20, With over 200 schools from the 17 Local Governments Area in Abia state, ended on Thursday, June 10.

The competition was held in two stages; Local Government Area and Zonal level to get the grand finale competitors

The grand finale of the competition held at the International Conference Hall in Umuahia, had  three schools battling for the final judgement. 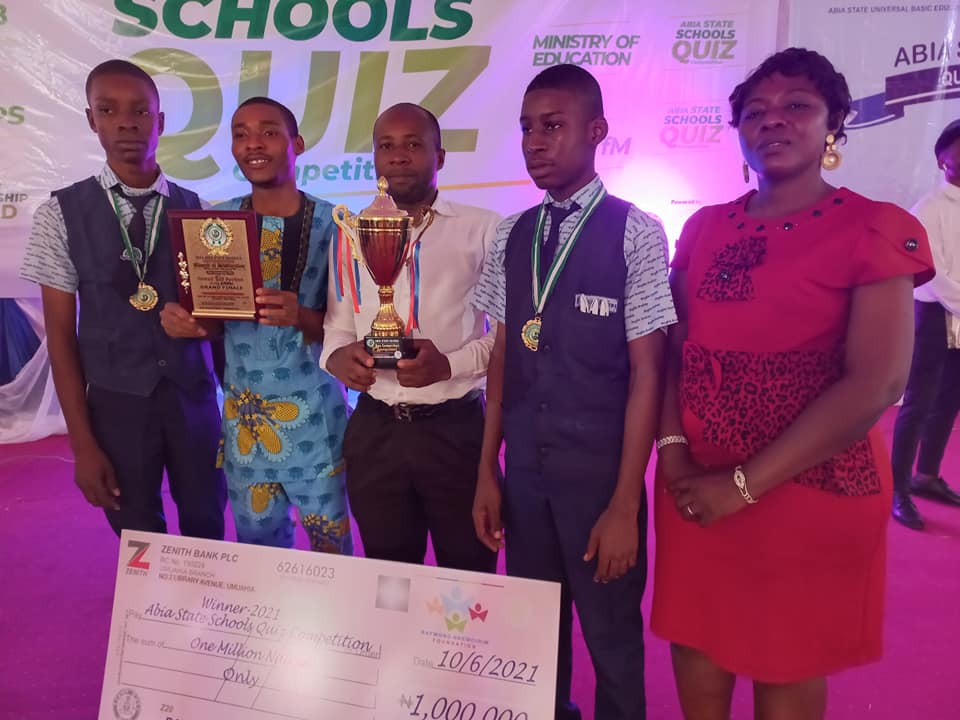 The schools are; Ovom girls in Obingwa LGA; Holy Brilliance College in Bende LGA, and May Fair Academy in Umuahia North . 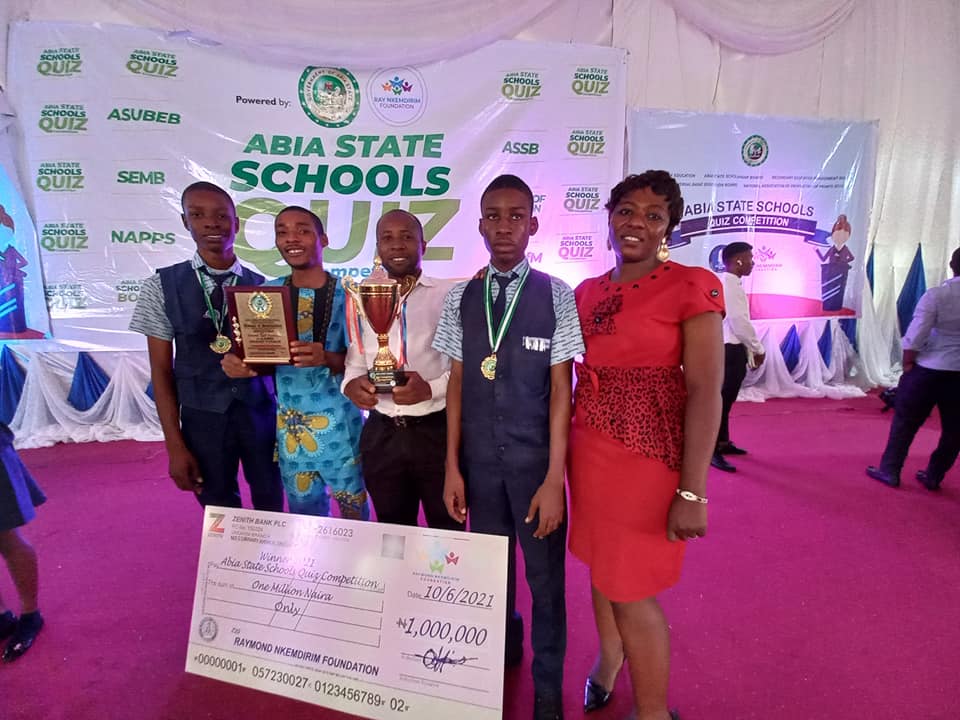 MayFair Academy emerged the winner of the competition with 67 Points, Ovom Girls Secondary school bagged the 2nd position with 53 points, while Holy Brilliance College had 37 points. 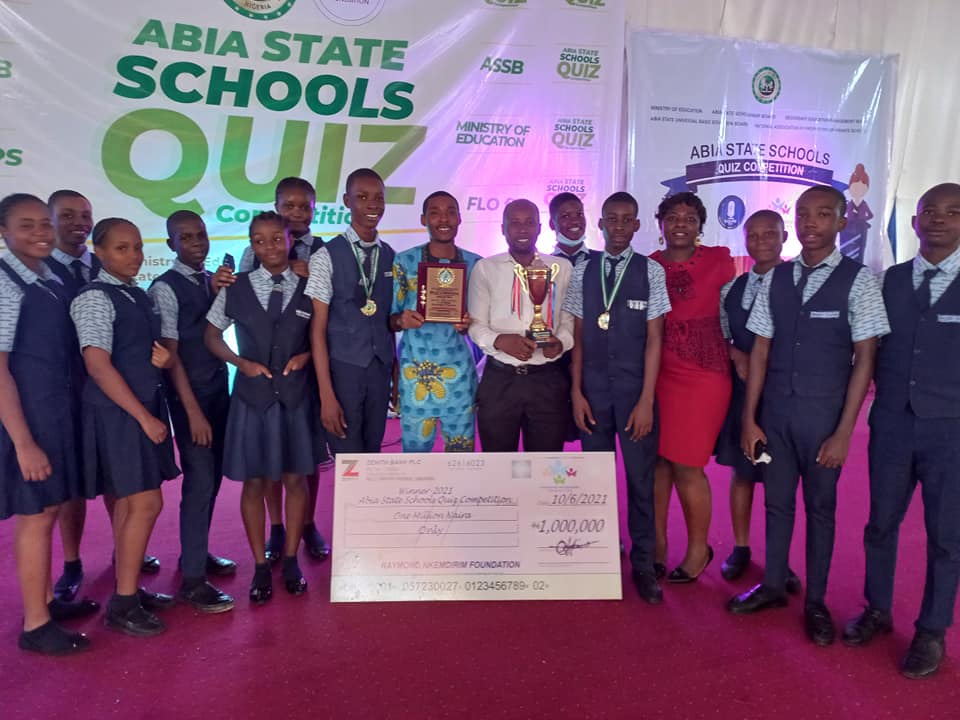 It was however noted that out of the cash price, there was a percentage for the students, school, and the scholarship.

Speaking at the event, the Governor of Abia state, Dr Dr Okezie Ikpeazu, represented by the Secretary to the State Government, Barrister Chris Ezem, appreciated the facilitator of the competition, Chief Raymond Nkemdirim, for his act of love.

The governor congratulated the schools who got to the grand finale,  assuring that Abia state government and the Ministry of Education will continue to partner with the foundation to promote education and its values in the state.

The chairman of the event, Mr kenechukwu Nwosu,  also a former chairman, ASUBEB Abia State, thanked the governor for creating a conducive and enabling learning environment in the state.

Nwosu while applauding the facilitator, Ray Nkemdirim for bringing his goodwill home, noted that aside external examinations, students have no other opportunities to showcase their talents which makes the competition a necessary venture.

Also, the Abia State University (ABSU) Vice Chancellor, Professor Onyekachi Ogbulu, represented by Professor Udo Nwokocha, appreciated the governor and the Ministry of Education for their support to the event.

He encouraged others who may have plans for such event, to give high premium to learning so that teachers and students will be encouraged.

Nwokocha described Ray Nkemdirim as a worthy alumnus of ABSU, and prayed God to give him more resources to host similar events in the future.

Speaking, Ray Nkemdirim described the grand finale as a day of Joy for him. He noted that his vision is to project the importance of Education to the society.

He charged the students to take advantage of the opportunity given and ensure that they give back to the state.

“What we are doing here today is to give back to the society. For you growing ones, do not rest on your oars.

“When we give you scholarships to university level, you make sure that you come back to give back to Abia state.

He thanked the state government, and commended the SSG for his patience and commitment to education

” Working with this state government, at no time did I experience a bottle neck.

“I assure the government that more of us will come back and give back to the state.”

Nkemdirim also assured that the competition was  going to be an annual event in the state.

” We are making arrangements with some international bodies to ensure that those who excel here today can even go to international level”.

Also at the event, awards were given to students from the 17 LGA’s who stood out during the competition.