A faction of the All Progressives Congress (APC) in Abia State has reconstituted its leadership following the alleged defection of Honorable Iheanacho Obioma (Chomen) to the Labour Party.

Speaking to some selected journalists at the party secretariat along Azikiwe road in Umuahia, the Secretary Barrister Perfect Okorie stated that it has become a public knowledge that the factional State Chairman and their leader has moved to Labour Party.

He noted that it was on the strength of that and in view and respect to the constitutional provision of the party, 2021 as amended which reads “that in the absence of the state chairman due to reason of incapacitation or willful withdrawal from his position or defection to another party, or for whatever reason, that the state deputy chairman, Hon. Goldie Nwagbara should assume the position”.

On the issue of the conflicting governorship primaries that held in Abia State, the secretary revealed that the party adhered to the directive from the NWC, ably led by Senator Abdullahi Adamu and National Secretary, Otunba Iyiola Omisore which mandated the party in Abia, Benue and Osun state to adopt a direct mode of primaries for all its elective positions because of their peculiar challenges as he assured members to remain resolute and keep fate with the party.

My Life Is Under Threat- APC Senatorial Candidate, Machina…

In his acceptance speech, the now factional acting party chairman, Hon. Goldie Nwagbara thanked the party executives for the confidence reposed on him to act in such exalted capacity and described it as another turn around in his life as a member of the party.

He promised to carry everyone in the party along in his bid to make the party become a force to reckon with in the state. 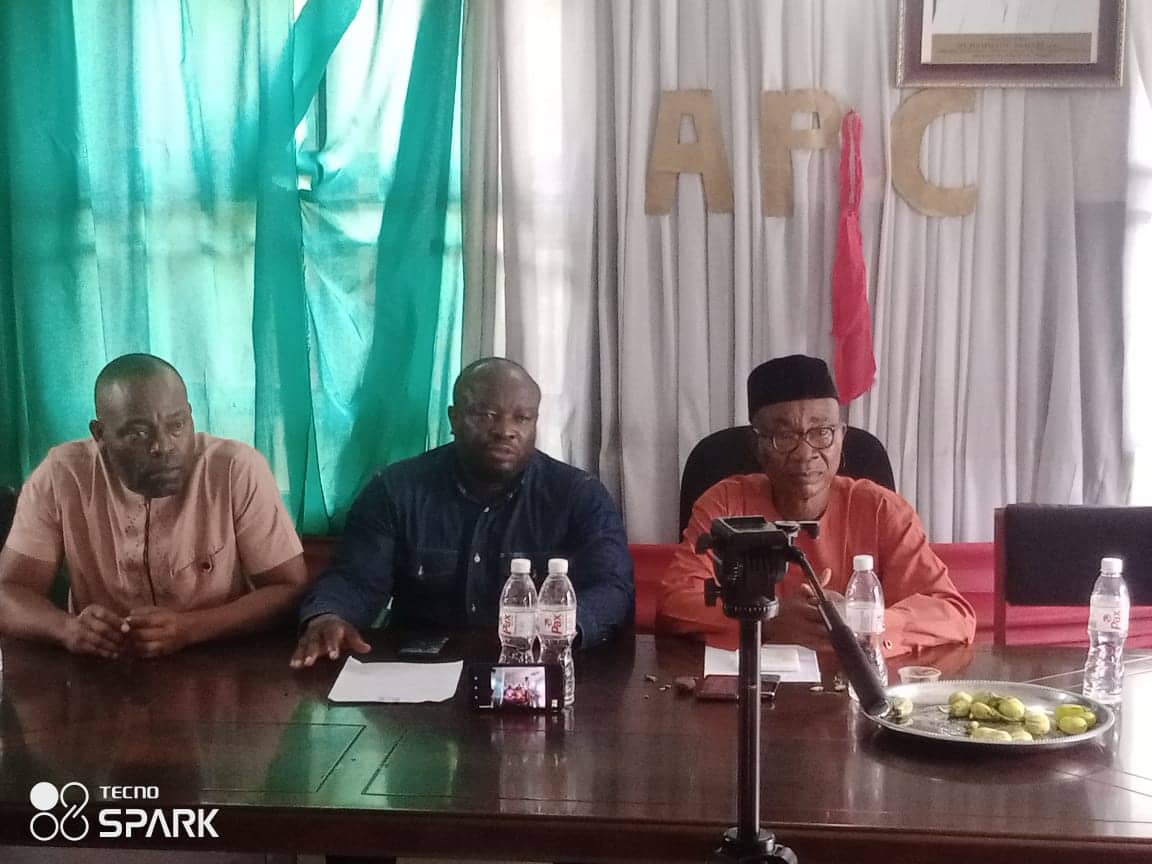 In respect to the primaries that was conducted, he asserted that having followed the directive of the national, that those who emerged under their faction are the party’s eligible candidates and described the one that produce High Chief Ikechi Emenike as illegal primary which amounts to a nullity.

However, the national leadership of the party had since embraced the faction led by Dr. Kingsley Ononogbu as the recognized  and authentic party chairman of the All Progressive Congress In Abia state.

Why APC, PDP, Should Desist From Muslim-Muslim ticket, Bishop Reveals