Abia 2023: I Will Demystify The Office Of The Governor When Elected – Sampson Orji Reveals More

A former lawmaker, Hon. Dr. Sampson Orji popularly known as SCUORJ on Thursday, 31, March declared his intention to contest for the governorship of Abia State under the platform of Peoples Democratic Party (PDP) at the party secretariat in Umuahia.

Hon. Orji said that he was the first person to obtain the governorship form of the party as it was his decision, and was delegated by nobody. 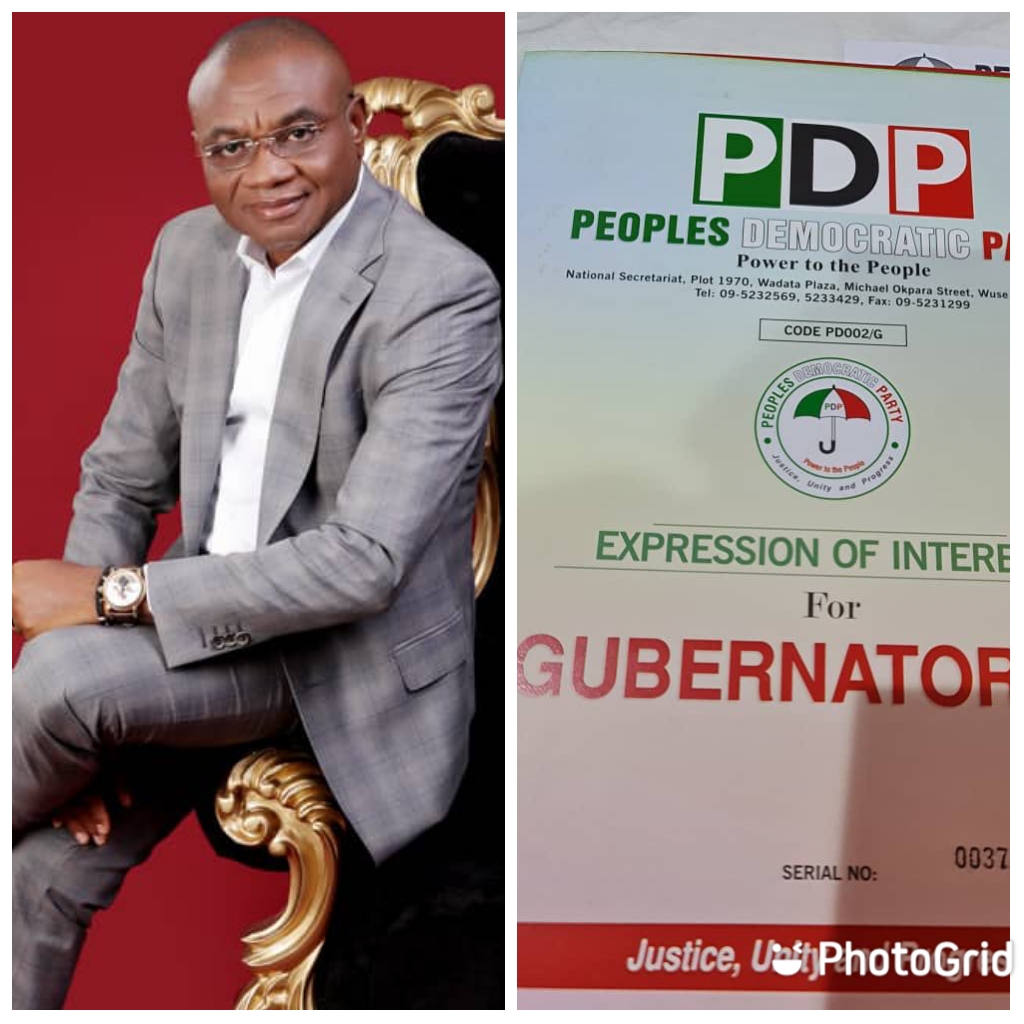 Speaking to a group of supporters who came to witness the declaration, Hon. Orji noted that, as someone who had been in the corridors of power and had represented his constituency in the House of Assembly, he understands the principles of governance and how to harmonize both the executives and legislature to bring the dividends of democracy to the people, and also establish the independence of the legislature.

He said that, he’s a party man, so he understands the complexities of being a party member and how to hold the party firm irrespective of differences and interests of the members.

He said that when he becomes the Governor, he will demystify the office, by making sure the local government Chairmen are carried along in the day to day run of governance which will in turn make him more accessible to the people.

He promised to run a corrupt free governance as he would establish elders’ council that would checkmate his activities, and as well as activities of his appointees in making sure that they would be accountable on how they utilize public funds.

He noted that he is in the race not to taste the waters but to win, however, he will not seek to win at all cost as it is not a do or die for him.

“If you choose me, victory in the general election will be a foregone matter”

He pleaded the party to sieve through its members and aspirants, as well as, conduct free and credible primaries irrespective of zonal agitations as it would be a determinant factor in securing 2023 governorship position.

In response, the People’s Democratic Party(PDP) Chairman, Hon. Asiforo Okere expressed satisfaction in the way Hon. Orji distinguished himself in the parliament, and noted that he’s proud of him.

The Chairman, noted that the plead for a free and credible election is granted, and urged him to continue in a civil manner in making his consultation.

The declaration was massively graced by the big wigs of the party excos, including the local government chairmen, various clergymen and supporters.


Mark 11 vs 22- 24: And Jesus answered them, "Have faith in God. Truly, I say unto you, whoever says to this mountain, "Be taken up and thrown into the sea, and does not doubt in his heart, but believers that what he says will come to pass, it will be done for him. Therefore, I tell you, whatever you ask in prayer, believe that you have received it and it will be yours
Hon. Dr. Sampson Orji
0
Share