2023: I Will Return Abia To God, Give Me Opportunity – Mayor Lucky Igbokwe

A front-line governorship aspirant of the Peoples Democratic Party, PDP, in Abia State, Mayor Lucky Igbokwe, has promised to return Abia back to God if elected Governor in 2023.

The Entertainment guru popularly known as Don Lulu who made the promise Monday while addressing PDP delegates and stakeholders at Ikwuano, said that “what Abia needs to survive now is a godly leader with genuine love for the people”.

He noted that a godly leader will not be comfortable to cruise around as Governor while workers and pensioners go to bed with empty stomach.

” Give me opportunity and I will return Abia to God. A godly Governor will not owe workers for even God forbids owing labourers. 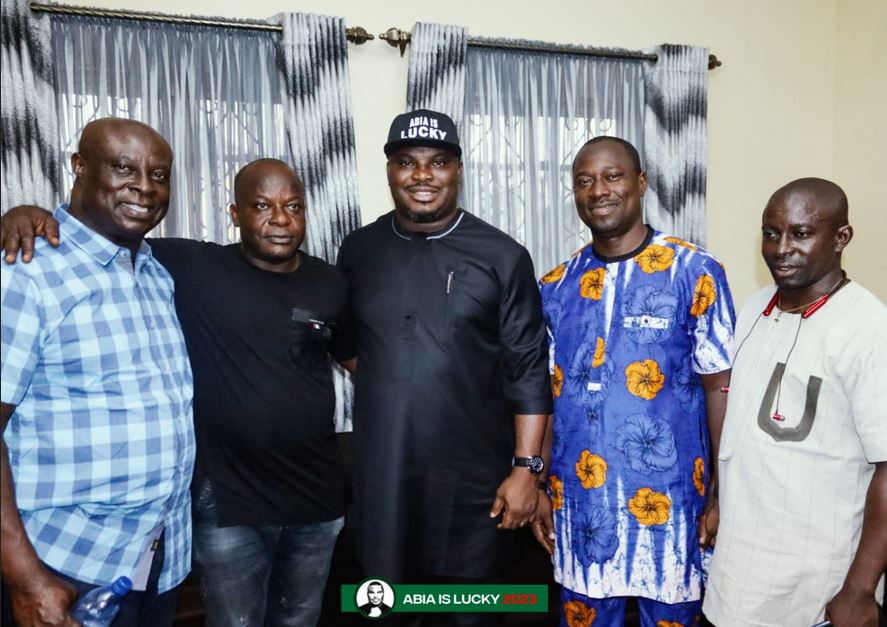 Abia Is The Most Backward State In Nigeria, Am Here To…

” We should stop wasting our future with ‘anointed candidates’ who have no vision and capacity. Abia has suffered enough underdevelopment.

The governorship hopeful whose slogan is “Youth O’clock”, said he particularly joined the race to secure a better future for Abia youths.

” I joined the race because of my concern for the people especially my fellow youths who deserve a better future.”

He, therefore, called upon the youths to rally round him to liberate the state from the stranglehold of ‘imposition of leaders who are not prepared for leadership’.

” My fellow youths, we need to unite together and liberate ourselves. We should not be deceived by the so called anointed ones. Real anointing comes from God not man.” 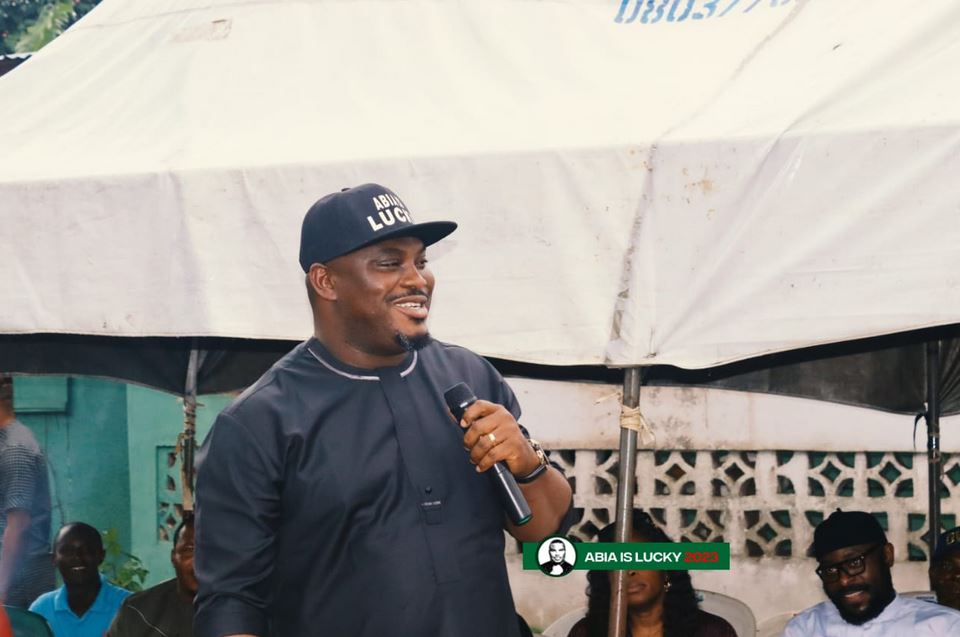 He argued that Abia is heavily endowed with enough resources that could guarantee a better living standard for the people but regretted that the residents have continued to wallow in poverty due to poor leadership.

” We have enough to secure our future and guarantee free education from primary to secondary school. But our parents keep struggling to pay school fees. Why? Those whose children are in public school decided to keep them there because they cannot afford school fees in private schools.

” We should stop saying there is no money. Abia has enough. All we need is someone who loves the people, and not a greedy person.

” There is so much pressure on parents today because of bad economy. This is the reason for the escalating insecurity in the land. It will get worse unless we elect a visionary leader with plan and love for the people, and Don Lulu is that man Abia needs!

” Give me the opportunity and I will deliver good governance that will touch everybody’s doorstep”.

He also promised to create massive job through the agricultural sector like his kinsman, the late Premier of Old Eastern region, Dr Michael Okpara who he vowed to emulate his footsteps.

Igbokwe disclosed that already, he had commenced a farm estate project aimed at engaging 15, 000 Abia youths in poultry farming and modern Agriculture.

He said that N650 million had been ear-marked for the project that would train 5000 youths from each of the three senatorial zones, and provide them with soft loan to start off after their training.

Responding, Ikwuano PDP youth leader, Mr Paul Nwagbara, said time had come for the youths to be given opportunity to prove their mettle in the governance of the state.

He said Igbokwe had traveled far and garnered enough experience to transform the state if given the opportunity.

Another youth activist, Jerry Awa said time had come for the youth to take over leadership of the state.

In his remarks the Chairman of PDP in Ikwuano, said Igbokwe is the youngest of all the governorship aspirants and commended him for his courage while urging him not to be intimidated but continue with his consultations to shore up his support base.

He, however, added that it is only God that knows the heart of every man, and urged Igbokwe to engage God in prayers to speak to the delegates.

Abia Is The Most Backward State In Nigeria, Am Here To Correct It – Female Guber…

2023: I Will Change Abia In Four Years If Elected – Bishop Emeka Nwankpa