A new political group, Action Peoples Party (APP) has been birthed in Abia state with the agenda of bringing transformation in the state’s governance.

APP says it is worried that things are not working the way they ought to, insisting that Abia is in deplorable state, adding that APP which is the coming together of like minds from various political parties is a platform to bring change in the state.

Addressing newsmen in Umuahia on Tuesday shortly after the inauguration of State and local government working committee, Chairman of the party, Hon. Chief Sylvanus Nwanji while underlining that the party has been in existence said its target is to bring a turnaround in the infrastructure of the state, roads, educational sector, and others.

Methodist Church Women Prays For Abia Lying On The Road |…

ABIA@31: The Challenges My Govt Is Facing – Ikpeazu Reveals

Police Commander To Face Sanction For Indicting Soldiers In… 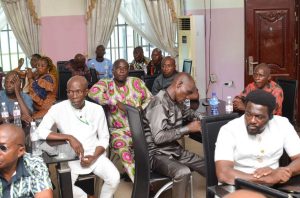 On the timing of this political movement, especially coming few months to election, Hon. Nwanji, a former chairman of Ukwa West local government area said, “It’s not late, the essential point we want to prove is that people in Abia want change. This is masses oriented party. We want people to come, people of like minds. 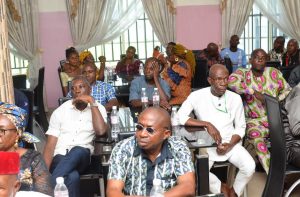 “People are yearning for change. We are on a membership drive. There are people already but we want more members. We want more people.

“Our desire is that everybody will come out on the day of election so that we will be able to do it through our voter card so that Abia will be properly blessed.

“We want infrastructure placed well, workers are dying because of lack of payment of salaries. You saw what happened in Kogi, that they came to celebrate Workers Day without salaries.

“It’s happening in Abia. They just give them token as if the workers are beggars” he lamented.

While noting that cost of living is high, the former Adviser to the Governor insisted that Abia workers and pensioners have been subjected to harsh living conditions.

He called on the people of the state to join hands with the APP to bring what he called proper change in Abia governance starting from 2023.

On where the next governor of Abia State should come from, Hon. Nwanji rooted for Abia North, adding that other Senatorial Districts of the state have had their turn at governorship of the state.

ABIA@31: The Challenges My Govt Is Facing – Ikpeazu Reveals