A mammoth crowd under the auspices of Concerned Abians today stormed the Abia State Secretariat of the Peoples Democratic Party, PDP, in Umuahia, from where they marched to the residence of the Speaker of Abia State House of Assembly, Rt Hon Chinedum Enyinnaya Orji, demanding that he joins the Governorship race which has been zoned by the Party to Abia North and Abia Central Senatorial Districts of the State.

Rt Hon Chinedum Enyinnaya Orji is of the latter District.

At the PDP secretariat where the State Chairman, Rt Hon Allwell Asiforo, addressed the rally, speaker after speaker including Prince Paul Okpanku of Isiala Ngwa South LGA and Director General of Ikukuoma Apostles, Prince Nelson C. Eke of Arochukwu LGA, Mrs Gold Unachukwu of Aba South, Chief Dominic Chimeremeze Nwankwo of Isiala Ngwa South LGA, Bishop O.U. Prince of Ikwuano LGA, a former Secretary General of Students Union of Michael Okpara University, Umudike, Comrade James Daniel, among others, extolled the virtues of the Speaker and called on him to join the governorship race in the overall interest of the people.

They described him as the only one who can truly move Abia forward from 2023 following his antecedents as a selfless leader who has impacted greatly on both the state as an entity and her people irrespective of status, religious affinity, political affiliation, ethic background or even social class, saying he is the hope of the common man.

They committed to mobilising Abians from all walks of life and do everything within their powers to ensure that he emerges the next Governor of Abia State, saying “it is a mission God has ordained”.

Responding, the State PDP Chairman, Rt Hon Allwell Asiforo said the Party will not close its doors to anyone wishing to vie for any office in the state and urged the Speaker’s supporters to go about their rally peacefully, assuring that a level playing ground will be availed all aspirants.

On his part, the Speaker thanked the group for their solidarity, support and visit, saying he will not do anything whatsoever that will affect the peace of the State, saying that the Governor deserves all the support he can get to finish his tenure peacefully. He further said that there were early plans by some fifth columnists to destabilise him with blackmail, propaganda and outright falsehood, but that God has frustrated such plans attributing it to the prayers of the people.

The Speaker who advised all not to forment trouble in the state under the guise of playing politics, acknowledged the message of the visiting crowd and promised that they would hear from him in the next few days, and urged all to be ready! 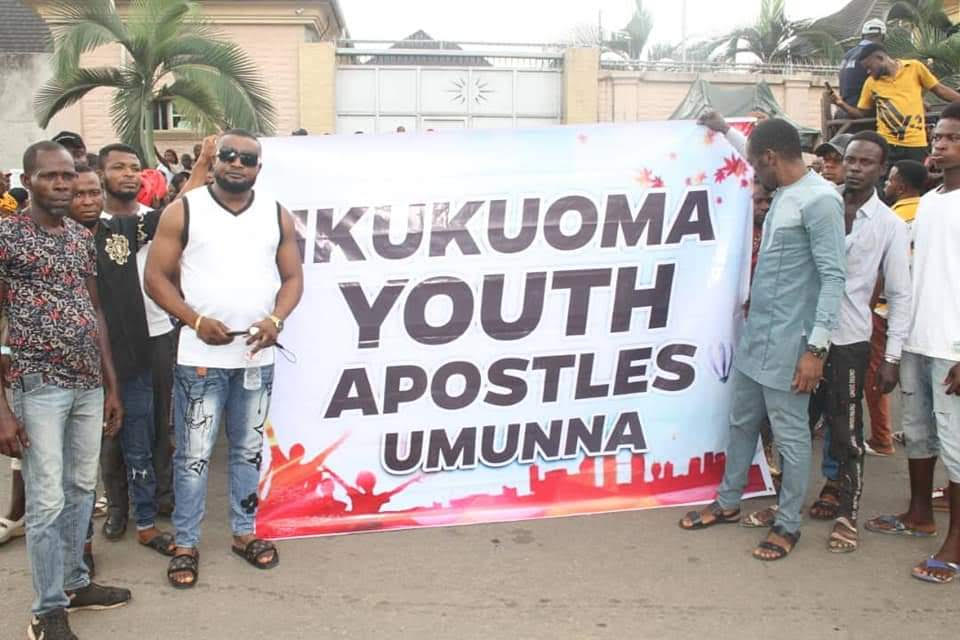 
Mark 11 vs 22- 24: And Jesus answered them, "Have faith in God. Truly, I say unto you, whoever says to this mountain, "Be taken up and thrown into the sea, and does not doubt in his heart, but believers that what he says will come to pass, it will be done for him. Therefore, I tell you, whatever you ask in prayer, believe that you have received it and it will be yours
Abia StateGovernorPDPRt.Hon. Chinedum Enyinnaya Orji
0
Share

Abia 2023: I Will Demystify The Office Of The Governor When Elected – Sampson Orji Reveals More