Cardi B’s fans are showing her support the best way they can after the rapper accidentally leaked her own nu-de photo on social media following days of whirlwind birthday festivities in Las Vegas.

Last night, the “WAP” hitmaker, 28, uploaded a nu-de selfie to her Instagram story which has now gone viral online. 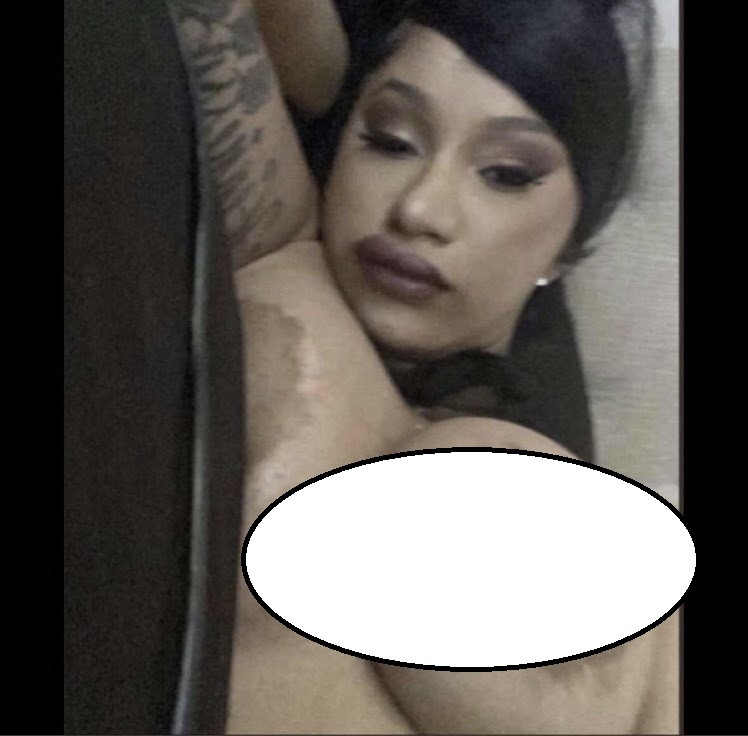 The mother of one later deleted the image and took responsibility for the blunder, saying in a Twitter voice note: “Lord, why the f**k you have to make me so f**kin‘ stupid? … Why? Why, why, why?” she said in the note.

Now, some of her fans on Twitter are showing her support by sharing topless photos of themselves with the hashtag #b00bsoutforcardi. 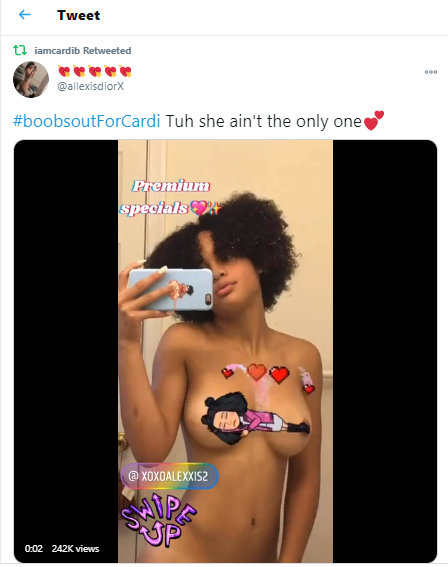 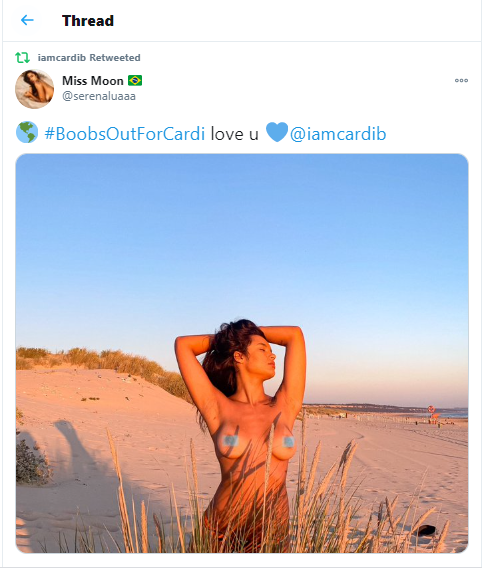 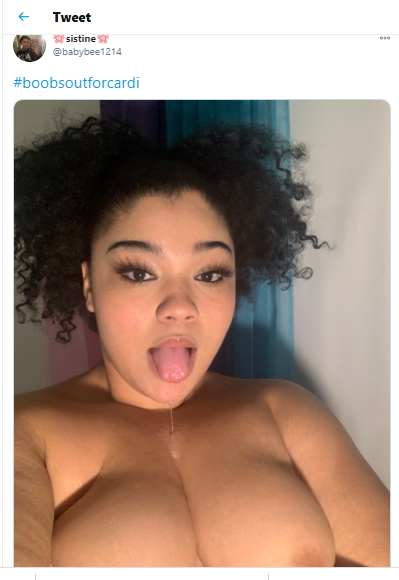 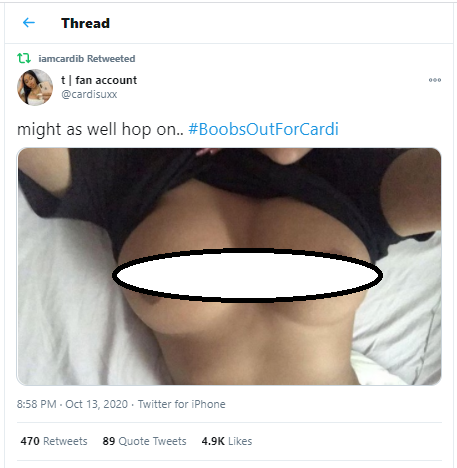 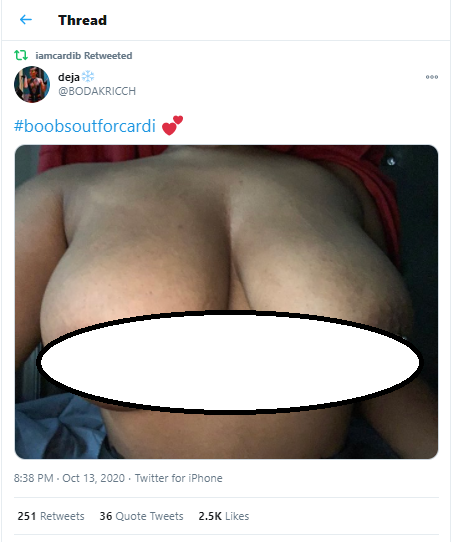 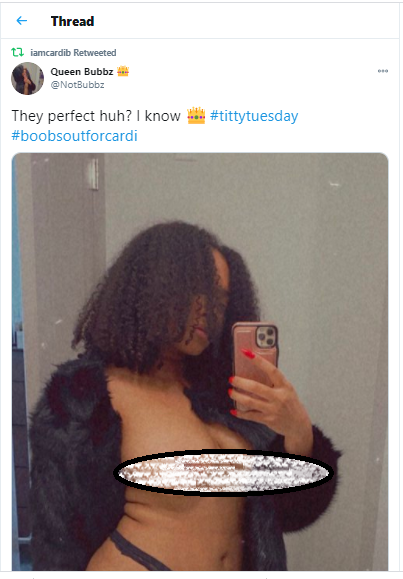 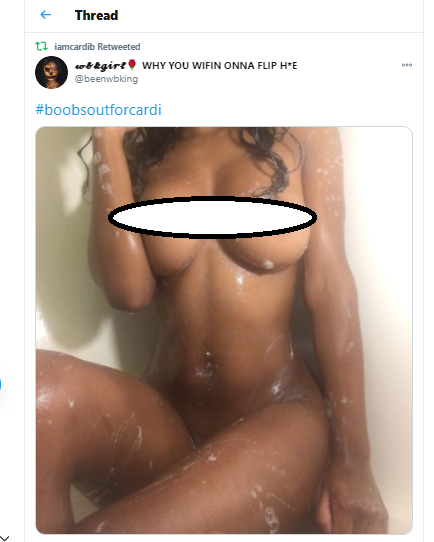 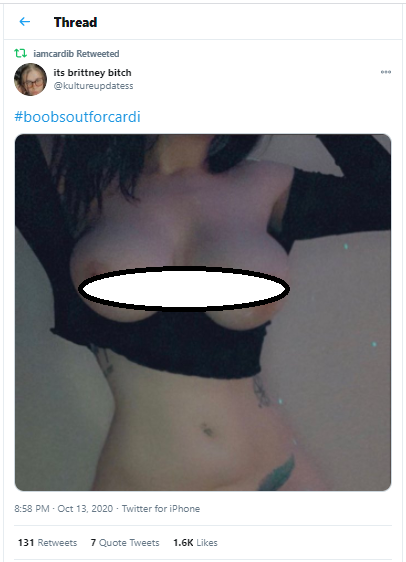 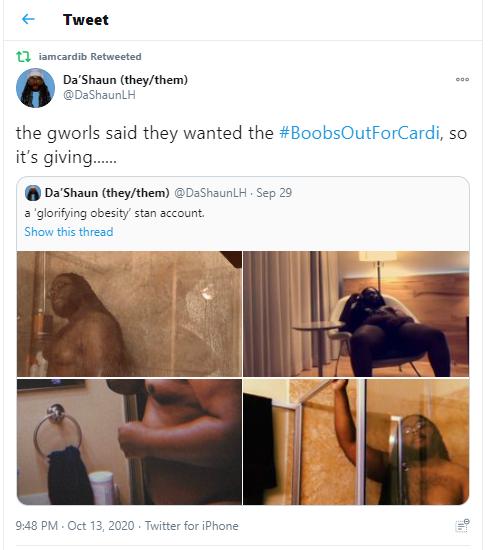 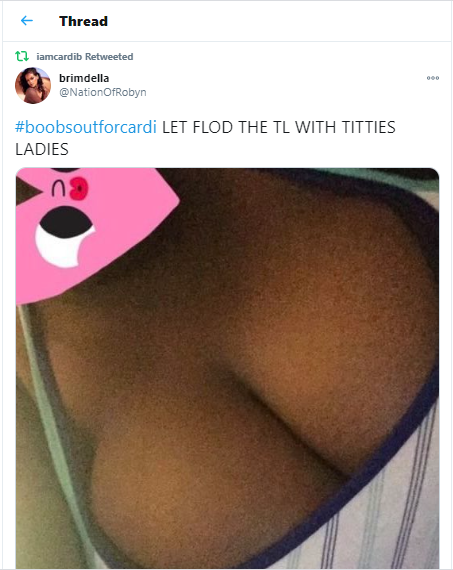 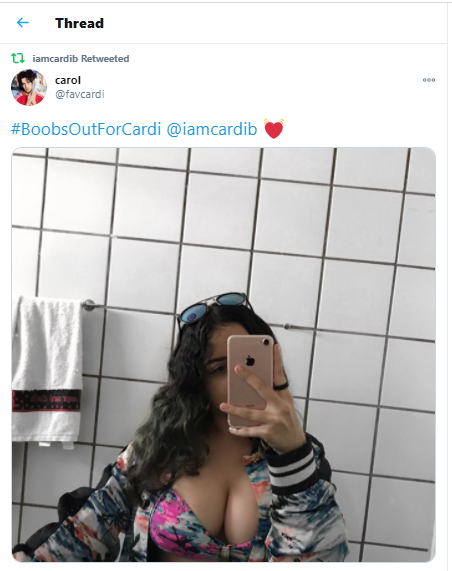 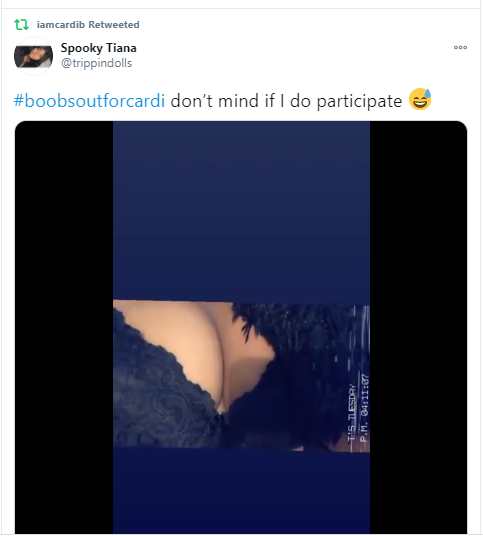 #EndSARS: If Anybody Collects Money Drag The Person Out – Aisha To Protesters

#Lekkishootings: Why families of victims are afraid to speak…

WTO: Okonjo-Iweala In trouble, as US opposes Consensus…

#EndSARS: Wike To Pay N20M Each To families of Policemen,…

We Are In The Process Of Building 10 Airports – Nigerian…